Sourav Ganguly, along with CAB president Avishek Dalmiya, watched a Bengal T20 Challenge match at the Eden Gardens in Kolkata on Wednesday. 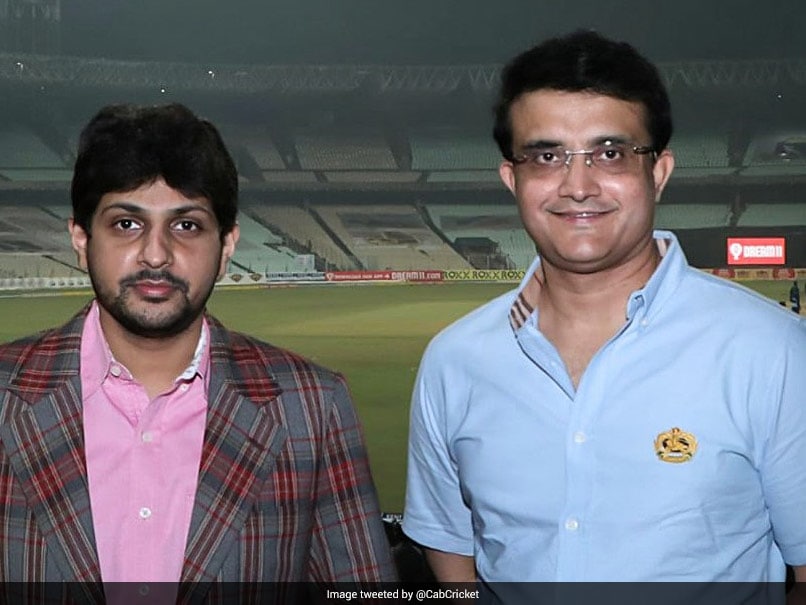 Sourav Ganguly and Avishek Dalmiya at the Eden Gardens in Kolkata.© Twitter

Board of Control for Cricket in India (BCCI) President Sourav Ganguly and Cricket Association of Bengal (CAB) President Avishek Dalmiya on Wednesday witnessed some live cricketing action at Eden Gardens during the Bengal T20 Challenge. Apart from Ganguly and Dalmiya, other office bearers of the CAB also watched live cricket in the stadium. "BCCI President Sourav Ganguly spends some time at Eden Gardens in the company of CAB President Avishek Dalmiya and other office bearers during the Bengal T20 Challenge here today," the CAB said.

On Tuesday, Ananta Saha became the first bowler to bag a hat-trick and fifer in Bengal T20 Challenge.

Saha said that he had no idea that the first ball of the nineteenth over was his hat-trick ball and he was only looking to bowl in the right area.

Revealing that he did not have any special plan for that ball, Ananta had said in an official CAB release: "I didn't know that was my hat-trick ball, I just wanted to bowl in the right length. I am glad that I got a wicket off that ball and my team won this match."

"Feeling very happy to bag a hattrick. Our plan was to bowl in the right areas and focus on what our strength is," he had added.

The Bengal pacer picked up two crucial wickets of set Mohun Bagan big-hitter Debabrata Das and Akash Deep in the last two balls of the seventeenth over while he sent Prince Yadav back to the pavilion to complete his hat-trick in the next over.

The Town Club bowler, who picked up a total of 5 wickets leaking just 17 runs, had added: "I always want to bowl to my strength which is outswinger with which I got Vivek's wicket and I believed in my abilities. For the first two overs, my plan was to swing the ball and in the last, I aimed for yorkers."

Comments
Topics mentioned in this article
Sourav Ganguly Cricket
Get the latest updates on Fifa Worldcup 2022 and check out  Fifa World Cup Schedule, Stats and Live Cricket Score. Like us on Facebook or follow us on Twitter for more sports updates. You can also download the NDTV Cricket app for Android or iOS.