Shubman Gill notched his eighth first-class century in 123 balls, displaying his wide array of elegant shots all around the County Ground in Hove. 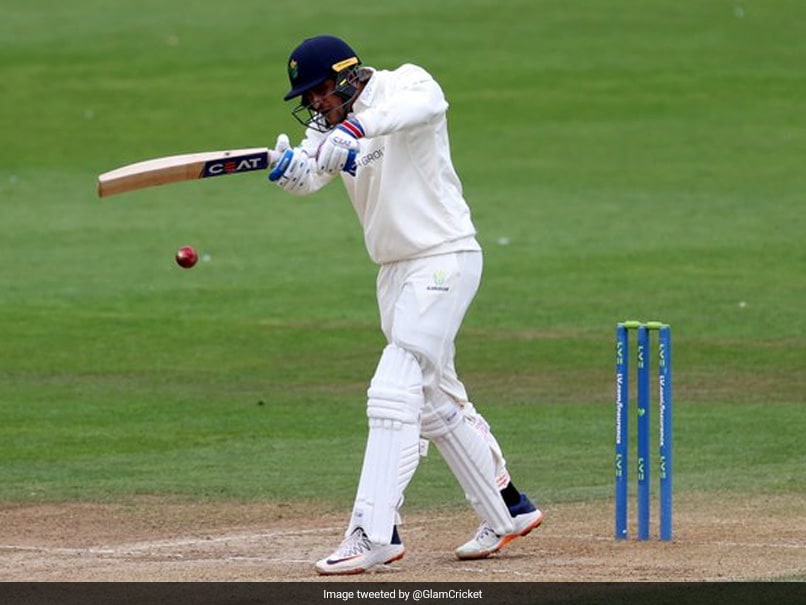 Young Indian batter Shubman Gill slammed his maiden hundred for Glamorgan against Sussex in their County Championship Division 2 match in Hove on Tuesday. Batting on 91 overnight, Gill notched his eighth first-class century in 123 balls, displaying his wide array of elegant shots all around the County Ground in Hove. Overall Gill smashed 16 boundaries and two sixes in his knock of 119 off 139 balls before being dismissed by off-spinner Jack Carson when he holed out to Sean Hunt.

Gill batted for three hours and 23 minutes as he got out with Glamorgan's first innings score, reading 277/5 in the opening session of day two.

Gill first put on a 57-run stand with Glamorgan skipper David Lloyd (56). Under floodlights on day one, Gill and Billy Root had little trouble in adding 87 runs before the latter got out in the eighth over of the day.

The 23-year-old Indian top-order batter has been in the form of his life having scored a maiden International century -- 130 -- in an ODI against Zimbabwe last month.

Gill missed out on a century by eight runs against Worcestershire earlier this month.

Comments
Topics mentioned in this article
Cricket Shubman Gill
Get the latest updates on Fifa Worldcup 2022 and check out  Fifa World Cup Schedule, Stats and Live Cricket Score. Like us on Facebook or follow us on Twitter for more sports updates. You can also download the NDTV Cricket app for Android or iOS.