Shoaib Malik has called for the PCB to have some consistency in their team selections and said they needed to groom a good captain for the future. 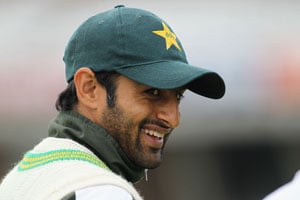 Former captain, Shoaib Malik has rubbed the Pakistan cricket authorities the wrong way with a hard hitting interview in which he advised the PCB to speak to captain Misbah-ul-Haq and seek clarity on his future plans.

"The PCB should be speaking with Misbah-ul-Haq about his plans for the future and ask him how long he wishes to carry on in international cricket," Malik told the Pakpassion.net website. "There has to be some clarity and dialogue between the Board and Misbah on his future as only then can a successor be groomed," he added.

He also spoke about having consistency in the selection of captains by the board. "Also the captain has to be given a decent amount of time to impose himself and his ideas on his players. Give the captain two or three years at least and give him clear goals and targets so there is no ambiguity and ill feeling if that captain has to be replaced at the end of those two to three years," Malik said.

The allrounder has been out of favour with the national selectors since struggling in the World T20 in Bangladesh but put his run of poor form down to mishandling of his talents. Malik said he had been under-utilised as he was made to bat at anywhere between number six to eight and also not given a chance to bowl.

"Next time I get the opportunity to play for Pakistan I will first ask for some clarity beforehand. For example why am I not being used as a bowler, why am I not getting a chance to bowl for Pakistan when over here at Warwickshire I'm bowling regularly and taking wickets.

"Wherever I play cricket I get the opportunity to bowl apart from when I am playing for Pakistan," he said. "I'm one of the most senior cricketers in the Pakistan team but I don't know where I'm going to be batting in the next match and that is ridiculous.

Malik also hit out at former national T20 captain, Mohammad Hafeez and criticised him for saying that he was selected in the World T20 team irrespective of his opinion about him. "I was shocked when I heard Hafeez had said what he did about my selection for the World T20. I could respond to his statement but it won't change anything.

"If I respond then there is no difference between me and Hafeez, but he and I both know exactly what happened and we know what the actual truth is," he added.

Malik also spoke bitterly about his stint as Pakistan captain from 2007 to early 2009 blaming some players for not wanting him to succeed. "The issue was that there were ego problems and some team-mates did not want me to succeed as captain.

"It wasn't just team-mates who didn't want me to succeed but also some other people involved in Pakistan cricket who had influence and wanted me to fail. It's a tough job even with the support of team-mates and even tougher, when you don't have everyone backing you," Malik said.

Sources in the PCB said Chairman Najam Sethi was not very happy with the interview given by Malik while playing for Warwickshire in England.

Comments
Topics mentioned in this article
Pakistan Cricket Team Shoaib Malik Cricket
Get the latest updates on ICC Women's Cricket World Cup 2022 and IPL 2022, check out the Schedule , Live Score and IPL Points Table. Like us on Facebook or follow us on Twitter for more sports updates. You can also download the NDTV Cricket app for Android or iOS.