Shikhar Dhawan shed some light on the inspiration behind his Kabaddi-style celebration. 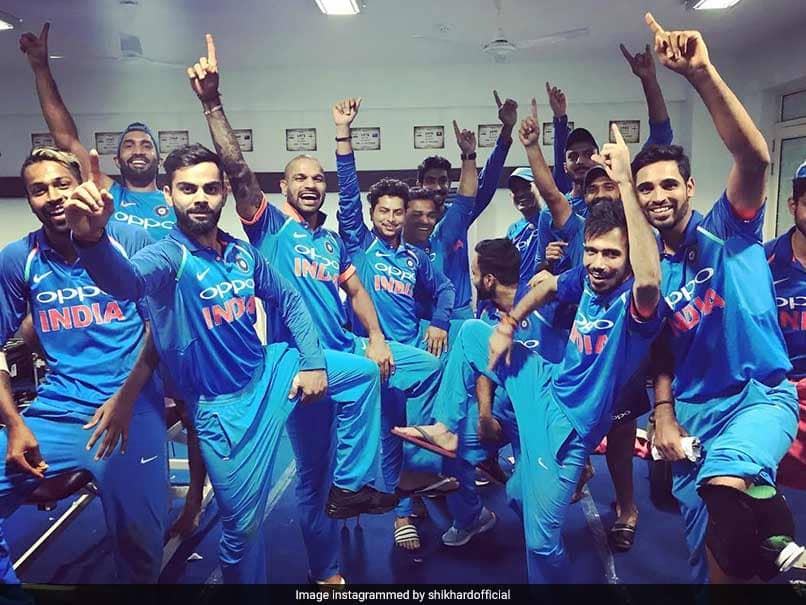 Shikhar Dhawan, India's left-handed opener, is known for his Kabaddi-style wicket celebration. Apart from his batting and trademark celebration, he is also known for sporting a handlebar mustache, which has become very popular among his fans. Fondly referred to as 'Gabbar', Dhawan never ceases to amaze his fans with his on-field antics. During a conversation with chat show host Gaurav Kapoor, in the latest season of "Breakfast with Champions", Dhawan shed some light on the inspiration behind his Kabaddi-style celebration.

When asked about how the celebration came about, Dhawan said that it happened in Australia when he took Shane Watson's catch during a Test series.

"I started the Kabaddi-style celebration first in Australia when I took a catch to dismiss Shane Watson. I enjoy watching Kabaddi. It is very entertaining for me. I do this with all my heart and that's why maybe people also like it. Whenever I stand at the boundary, fans see me and re-enact my kabaddi-style celebration," said the Indian cricketer.

Meanwhile, Dhawan also revealed to how he got the name 'Gabbar'.

"No one calls me Shikhar, everyone calls me 'Gabbar'. I got the name during a Ranji match, Vijay Dahiya bhaiya had given me the name," Dhawan said.

"I used to field at silly point and often delivered different dialogues in order to lift the team's morale. This one time, the opposition had put up a big partnership that had lowered the team's confidence and everyone was silent. I am among those players who take the responsibility of lifting the team's morale. So, as the bowler prepared his run up I delivered a dialogue (Bahut yaarana lagta hai)," the 32-year-old said laughing.

The dialogue is from the movie 'Sholay' and it was delivered by Gabbar Singh, a role played by the late Amjad Khan.

"I use to say it so loudly that people sitting outside the playing field could also listen to it. Everyone use to laugh and the team's morale use to rise. And from then on, my name became 'Gabbar'."

Shikhar Dhawan Cricket
Get the latest updates on India vs Australia Series, check out the India vs Australia Schedule for 2020-21 and Ind vs Aus live score . Like us on Facebook or follow us on Twitter for more sports updates. You can also download the NDTV Cricket app for Android or iOS.