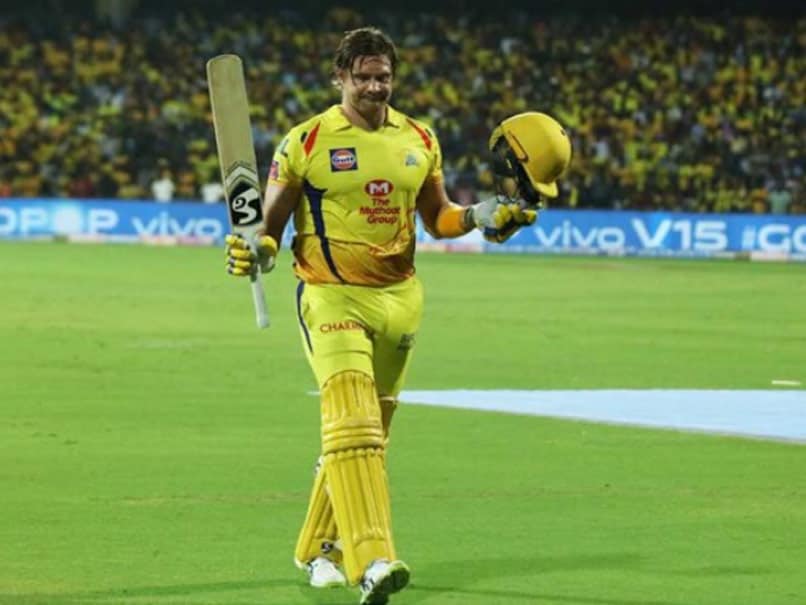 Shane Watson has won IPL twice and two players of the tournament awards in 2008 and 2013.© BCCI/IPL

Former Australian all-rounder Shane Watsonis set to announce retirement from all forms of cricket after reaching Australia, according to sources. This means that Watson will not feature in the Indian Premier Leaguefor his franchise Chennai Super Kings in the next edition. Watson last played against Kolkata Knight Riders on October 29.

The veteran all-rounder played 11 games this season and scored 299 runs with the help of two half-centuries.

Speaking to ANI, sources in the CSK team management said that Watson told the players and officials that he is hanging his boots and will make an official announcement once he is in Australia.

"We had a word and he told us that he is going to officially call it a day once he lands in Australia. The official announcement will come once he has had a word with his family," the source said.

The 39-year-old played 145 games for three teams in the competition, scoring 3874 runs at a strike-rate of 137.91. He hit four centuries and also claimed a hat-trick amongst his 92 IPL wickets.

CSK failed to qualify for the playoffs for the first time in the 11 seasons they have competed in. MS Dhoni-led side finished with 12 points from 14 games.

After registering a comprehensive nine-wicket win over Kings XI Punjab, Dhoni on Sunday said that the team will need to change the core group for the next year's tournament and he also said that maybe it's time to hand over this team to the next generation.

"It was a difficult campaign. We committed a lot of errors. The last four games were a template of where we would like to be. Proud of the guys because if you are lagging behind for 7-8 games, it becomes really difficult. It is not easy, you will not want to be in a dressing room that's not enjoying cricket. Proud of them," Dhoni had said during the post-match presentation.

"A lot depends on what BCCI decides about the auction. We need to slightly change our core group and look for the next ten years. At the start of the IPL, we made a team that served us well for ten years. It's time to hand it over to the next generation," he had added.

Shane Watson IPL 2020 Cricket
Get the latest updates on IPL Auction 2023 and check out  IPL 2023 and Live Cricket Score. Like us on Facebook or follow us on Twitter for more sports updates. You can also download the NDTV Cricket app for Android or iOS.