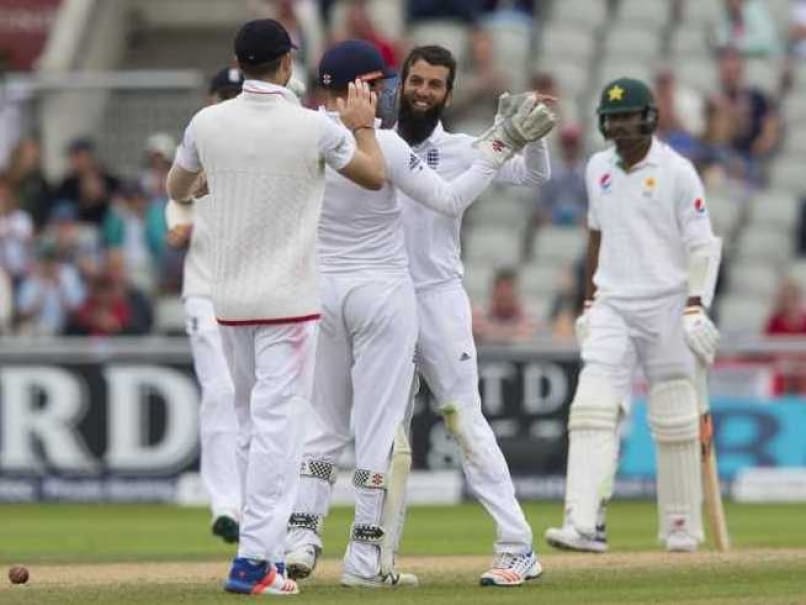 Pakistan off-spin great Saqlain Mushtaq is set for another spell as an England coaching consultant, highlighting how fluid national allegiances can become when a cricketer's playing days are over.

Saqlain was brought in by England ahead of the recent second Test against Pakistan at Old Trafford.

In the build-up he found himself working with both off-spinner Moeen Ali and leg-break bowler Adil Rashid, although only Ali of the pair made it into the XI that won by 330 runs with more than a day to spare to level the four-match series at 1-1.

Saqlain's former Pakistan teammate Mushtaq Ahmed, is carrying out a similar role with the tourists in more of a permanent capacity.

Prior to taking up his Pakistan role, former leg-spinner Mushtaq was England's spin-bowling coach.

Off-spin legend Muttiah Muralitharan, Test cricket's all-time leading wicket-taker, has come under fire for working with Australia in their ongoing series in his native Sri Lanka.

By contrast the atmosphere between English and Pakistani officials has been far more cordial.

That's partly because, as this is Pakistan's first tour of England since their infamous 2010 spot-fixing debacle at Lord's, both sides are desperate to let their cricket do the talking.

It is also a reflection of their multi-national backroom staffs, with England head coach Trevor Bayliss an Australian and his Pakistan counterpart, Mickey Arthur, a South African.

Added to all that, Pakistan fielding coach Steve Rixon, the former Australia wicket-keeper, and Bayliss -- who made his name internationally as Sri Lanka coach -- were once team-mates in the same New South Wales side.

Meanwhile Bayliss was in no doubt about the impact someone like the 39-year-old Saqlain, who took 208 Test wickets at under 30 apiece in 49 matches, could make, even in a part-time role.

"He was here for this Test match. We'll probably look at something else further down the line as well.

"Both Mo (Ali) and Rash (Rashid), who was here in the lead-up to the Test, enjoyed working with him very much. By the sound of it, it was very positive and we'll look to use him again."

Bayliss added: "It wasn't necessarily a lot technically, it was more tactical. That's where we think both Rash and Mo need to make improvements, to go ahead in the international game...More field-settings and how to bowl to different players.

"It's good to have someone like Saqlain come in, Mahela Jayawardene come in, people that have been top of their field in the past and are able to pass on their knowledge. (But) those greats of the game very rarely get involved full-time, so you do have to bring them in series by series."

One concern for Bayliss ahead of next week's third Test at Edgbaston is Ali's habit of bowling 'moon balls' or beamers, that see him no-balled for a dangerous delivery.

Two such balls in an innings could see Ali, who collected three wickets as England wrapped up victory on Monday, removed from the attack by the umpires.

"Four or five times in the last couple of Tests, and one or two at practice as well," said Bayliss.

Whether Ali was trying to bowl the 'doosra', a delivery pioneered by Saqlain that is the opposite of a conventional off-break in turning away, rather than towards, a right-handed batsman, Bayliss was uncertain.

"I'm not sure if he's trying to bowl anything different or not, but he has put himself under a little bit of pressure, I think.

"When you do that, it's difficult to bowl at this level and especially against opposition that are brought up playing against spinners.

"He (Ali) bowls wicket-taking balls. For me, he's got to work on his consistency to get the ball to bounce in the one spot a lot more often. He's certainly working hard at it, so hopefully that starts to come together."