"If Leander Paes Can Win Grand Slam At 42, I Can Still Play": S Sreesanth After Supreme Court Verdict 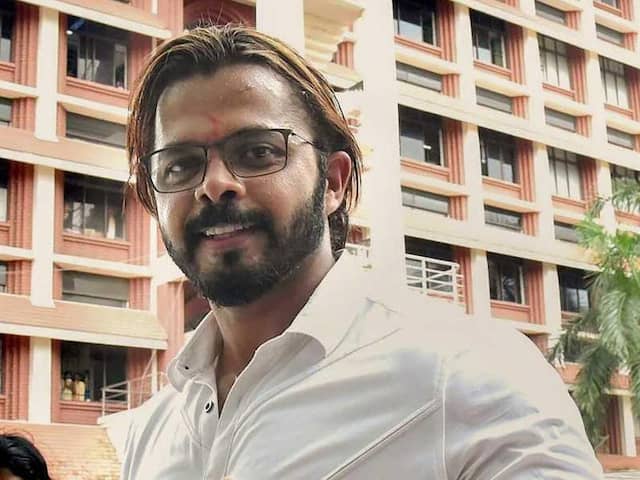 S Sreesanth looked at his optimistic best after the Supreme Court relieved him.© PTI

S Sreesanth looked at his optimistic best after the Supreme Court relieved him from the life ban imposed by the Board of Control For Cricket in India (BCCI) for his alleged involvement in the 2013 Indian Premier League (IPL) spot-fixing scandal. The 36-year-old pacer, in an interview to PTI, compared himself Indian tennis ace Leander Paes saying, "If Leander Paes can win Grand Slams at 42, I can at least play some cricket at 36."

Sreesanth, along with Mumbai spinner Ankit Chavan and Haryana's Ajit Chandila, were suspended for life by a BCCI disciplinary committee in 2013, a decision that the player had challenged in court.

Speaking to PTI after a favourable verdict by the apex court on Friday, a relieved Sreesanth said: "I don't know what life has in store for me after all these years. Its six years and I haven't played cricket, which was my life.

"I hope that the BCCI respects the verdict of the country's highest court and allows me to at least get back to the cricket field. I hope that at least now I can walk to a school cricket ground and train there without being told that I am not allowed. I just want to play whatever cricket I can," said Sreesanth, who has been a part of the 2007 World T20 and 2011 ODI World Cup winning squads.

But age is not something that he feels will be a factor in trying to make a comeback to competitive cricket.

Sreesanth has represented his national team in 27 Tests, 53 ODIs and 10 T20Is, respectively.

India Cricket Team Sreesanth Cricket
Get the latest Cricket news, check out the India cricket schedule, Cricket live score . Like us on Facebook or follow us on Twitter for more sports updates. You can also download the NDTV Cricket app for Android or iOS.