Ross Taylor is not sure if he will take part in next year's T20 World Cup which is scheduled to take place in India. 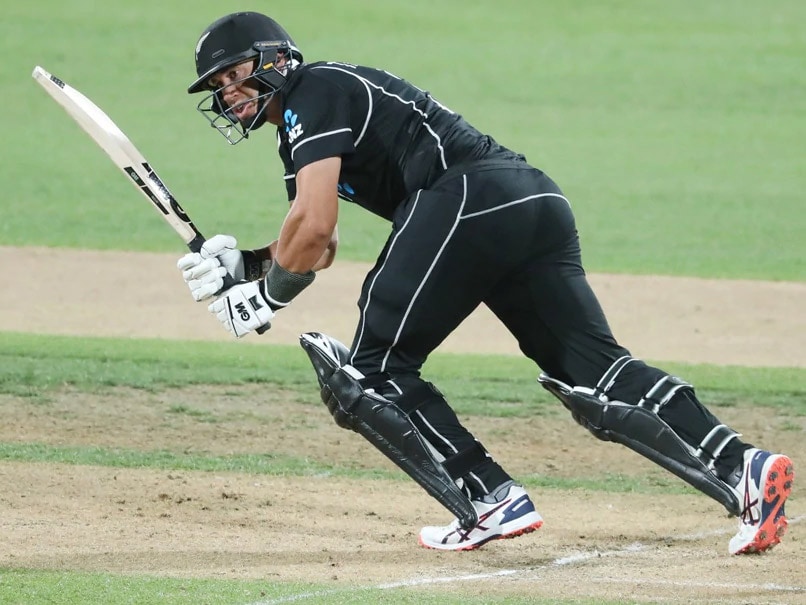 New Zealand's middle-order batsman Ross Taylor has said that he is not sure whether he will be able to play the T20 World Cup 2021 in India. The T20 World Cup was slated to be played this year in Australia, but it has been postponed to 2022 due to the coronavirus pandemic. The 2021 edition will be played in India, while the 2022 edition will be hosted by Australia. "Oh! Not sure. As you get older, things slow down a little bit, but your training and experience and your mind become even more important," ESPNCricinfo quoted Taylor as saying.

Earlier this year, Taylor had become the first Kiwi men's player to feature in 100 T20Is. He batted in the middle-order in New Zealand's most recent T20I series at home against India.

Taylor would next be seen in action for Guyana Amazon Warriors in the Caribbean Premier League (CPL), slated to begin from August 18 in Trinidad and Tobago.

"Yeah, it has been a strange time all around. I haven't gone this long without playing any cricket since I was in high school. So, yeah obviously isolation and all those other things are a little bit strange, but it is what it is," Taylor said.

"You know it's going to be strange for everybody at the CPL. Nobody has played international cricket for a while, so everyone is going to be nervous, I'm sure. So, training and early games are very important. The atmosphere in Twenty20 cricket is a lot of what you play and we get the best crowds in that format. So, to play in front of nobody but knowing that people at home will be watching and cheering us on, it's going to be a bit strange, but at the same time something that we're going to get used to," he added.

Taylor would have big shoes to fill in the Guyana squad as veteran Shoaib Malik pulled out of CPL due to the upcoming T20I series against England.

"Shoaib Malik has got a fantastic record, especially in T20 cricket and especially for Guyana as well. I think he has got that anchor role and a role that I'll be looking to do as well," Taylor said.

"Every team is stacked with quality spinners and we expect spin to play a big part and probably reverse-swing throughout the whole tournament. Traditionally, it does spin a lot here anyway, so the way you play spin is going to be very important. Some of the world's best spinners are here, and it's going to be a good test for us batsmen going forward," he added.

Guyana Amazon Warriors will take on Trinbago Knight Riders in their opening match of the CPL on August 18 at the Brian Lara Stadium in Trinidad.

Shoaib Malik
Get the latest updates on ICC Women's Cricket World Cup 2022 and IPL 2022, check out the Schedule , Live Score and IPL Points Table. Like us on Facebook or follow us on Twitter for more sports updates. You can also download the NDTV Cricket app for Android or iOS.