Reporter Asks Babar Azam About His Chat With Virat Kohli During T20 World Cup. His Reply

During a pre-match conference, Babar Azam was asked about his chat with Virat Kohli during the T20 World Cup. The Pakistan skipper came up with a savage reply. 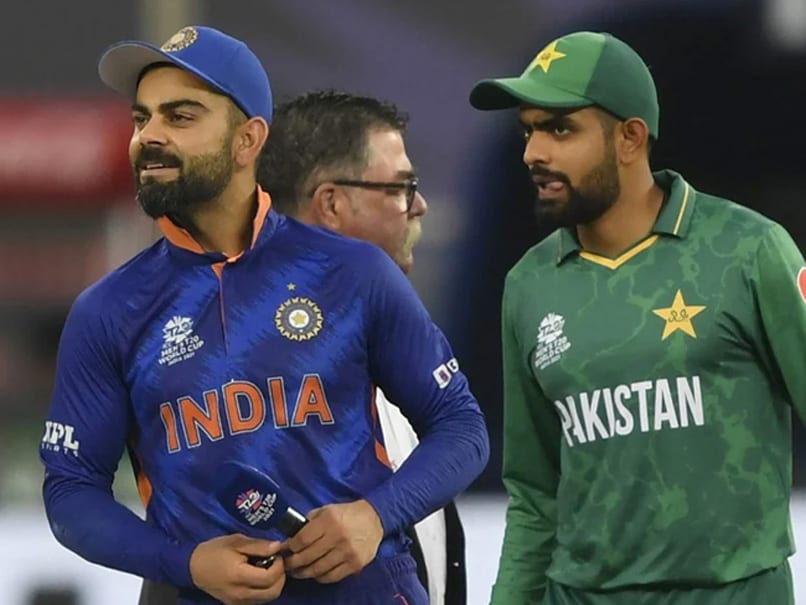 Pakistan defeated India by 10 wickets in a one-sided match during a T20 World Cup Super 12 game between the two sides at the Dubai International Cricket Stadium in September 2021. It was Pakistan's first-ever win over India in a World Cup game. After Babar struck the winning runs, India's skipper Virat Kohli walked towards Babar and his opening partner Mohammad Rizwan to congratulate the duo on a convincing win. On the eve of the first T20I of the three-match series against the West Indies on Monday, Babar took questions from the media as part of a pre-match press conference.

While most of the questions were regarding the home series against the Windies, Babar Azam was asked about his chat with Kohli during the T20 World Cup.

Replying to the question, Babar replied: "Ji zaroor hui thi. But, ab sabke saamne thodi bataunga. (Yes, we did. But I won't tell you in front of everyone)."

The T20 World Cup was the first time when the two star batters faced off as captains.

India had crashed out of the T20 World Cup in the Super 12 stage while Pakistan were beaten by eventual champions Australia in the semi-final.

While Babar is currently leading Pakistan across all three formats, Kohli will only captain the Indian team in the longest format of the game.

Last week, the Board of Control for Cricket in India (BCCI) named Rohit Sharma as India's full-time captain in limited-overs cricket, replacing Kohli.

Virat Kohli Mohammad Rizwan Rohit Sharma Cricket
Get the latest updates on ICC Women's Cricket World Cup 2022 and IPL 2022, check out the Schedule , Live Score and IPL Points Table. Like us on Facebook or follow us on Twitter for more sports updates. You can also download the NDTV Cricket app for Android or iOS.