Ashraf, the current chairman of the Board, on Wednesday became the first elected head of the PCB after a rather hasty election process held in Islamabad. 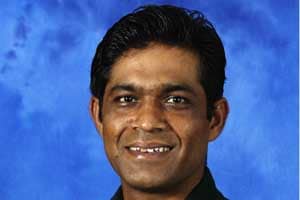 Former captain Rashid Latif has said that he would challenge the manner in which Zaka Ashraf was elected Pakistan Cricket Board chairman under the new constitution by filing a petition in the High Court.

"After my first petition, the PCB introduced a few amendments to its constitution. However, it is not as democratic as it should be. There are loopholes (in the new constitution) which I want to rectify," Latif said.

"I have decided to file a fresh petition in Sindh High Court against the unlawful election of PCB chairman. I am not against any individual, I just want a fair system," he said.

Ashraf, the current chairman of the Board, on Wednesday became the first elected head of the PCB after a rather hasty election process held in Islamabad.

According to a press release of the Board, Ashraf, who was already serving as PCB chairman since November 2012, was elected by the Board of Governors (BOG) under the new constitution of the Board.

The release said that after being elected, Ashraf will now serve for a four year term under the new constitution.

The PCB release said that the BOG elected two of its members Naveed Akram Cheema and Muhammad Rafiq Bughio to represent the BOG in the Nomination Committee formed by the chief patron of the Board who is the President of Pakistan.

The Nomination Committee held its meeting yesterday and interviewed the two candidates recommended by the Patron --Zaka Ashraf and Aftab Ahmad Khan, who is a former chairman of Lahore Stock Exchange. After deliberation, the Committee unanimously recommended the name of Ashraf for the post of PCB chairman, the Board release said.

The interesting thing is that at no stage was any announcement made by the Board about the Nomination Committee or the BOG being held to elect a new chairman.

Comments
Topics mentioned in this article
Cricket Stuart Broad Rashid Latif Zulqarnain Haider Mohammad Asif New Zealand Cricket Team Pakistan Cricket Team Zaheer Abbas
Get the latest updates on ICC T20 Worldcup 2022 and CWG 2022 check out the Schedule, Live Score and Medals Tally. Like us on Facebook or follow us on Twitter for more sports updates. You can also download the NDTV Cricket app for Android or iOS.