India vs Pakistan: After the win, Kohli was given warm hugs by teammates and support staff members and it was led by head coach Rahul Dravid. 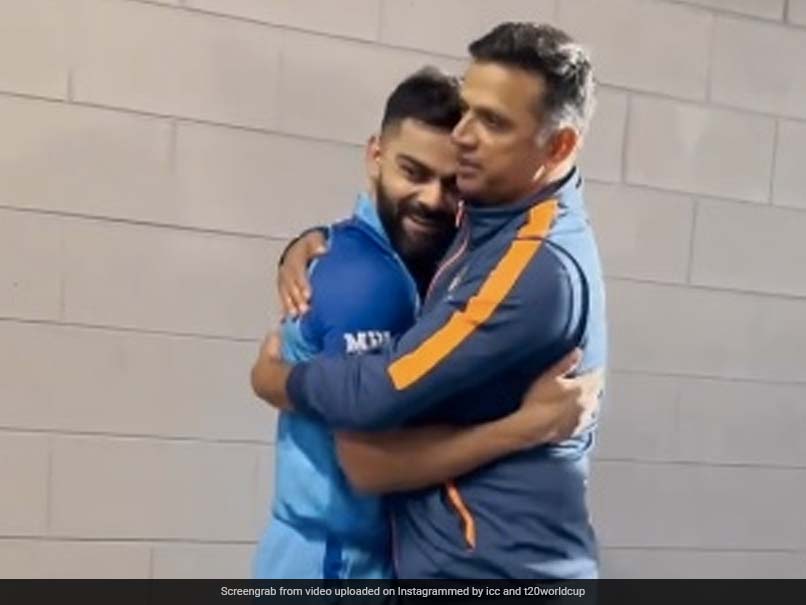 Virat Kohli played a sublime innings on Sunday to pull India out of a big hole and guided the team to an improbable win over Pakistan in the ICC T20 World Cup. This was the first match of the tournament for both teams and the colosseum-esque Melbourne Cricket Ground was choc-a-bloc with more than 90,000 fans.

After the match there were emphatic celebrations in the Indian camp with captain Rohit Sharma lifting Virat Kohli in the air and the entire team coming out and congratulating the master batter.

Kohli himself was emotional as he thanked the heavens after guiding the team to victory.

After the win, Kohli was given warm hugs by teammates and support staff members and it was led by head coach Rahul Dravid.

Known for his ability to guide the team to victories under pressure in chases, Kohli had endured an inexplicable loss of form this year, before finding his touch during the Asia Cup last month, in which he also scored his maiden T20I century.

Pakistan Cricket Team India vs Pakistan, Super 12 - Match 4 ICC T20 World Cup 2022 Cricket
Get the latest updates on IPL Auction 2023 and check out  IPL 2023 and Live Cricket Score. Like us on Facebook or follow us on Twitter for more sports updates. You can also download the NDTV Cricket app for Android or iOS.