Praveen Amre, a member of the Mumbai Cricket Association's managing committee as well as the coaching staff of IPL team Delhi Deredevils, was deemed to have potential Conflict of Interest by a complaint lodged with BCCI Ombudsman 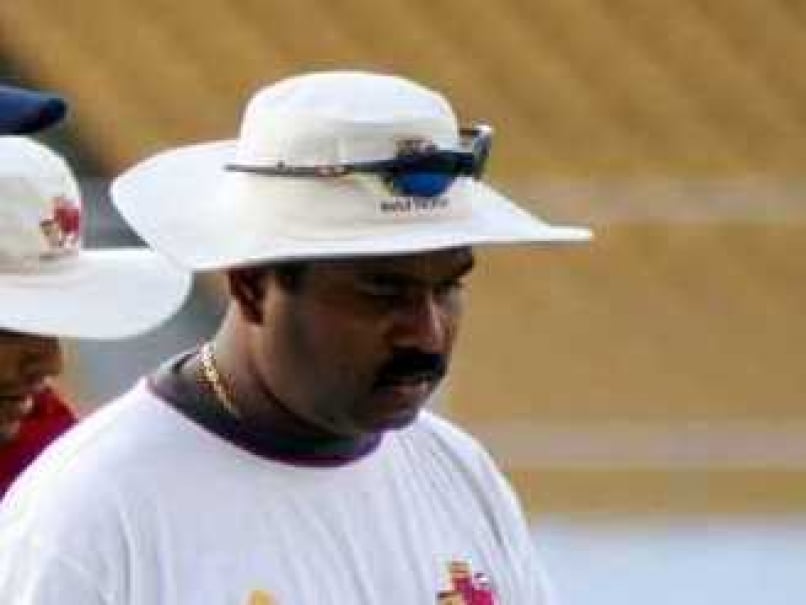 Former India Test batsman Praveen Amre and ex-Karnataka left-arm spinner Raghuram Bhat have been found to be in Conflict of Interest by the Board of Control for Cricket in India (BCCI) Ombudsman who has cleared former India skipper Dilip Vengsarkar from a similar charge.

Also cleared by the Board's Ombudsman, Justice (Retd.) A P Shah, after his attention was drawn to a similar Conflict of Interest issue is IPL Governing Council's chairman Rajeev Shukla, as per details available on the BCCI's website bcci.tv.

Amre, a member of the Mumbai Cricket Association's managing committee as well as the coaching staff of IPL team Delhi Deredevils, was deemed to have potential Conflict of Interest by a complaint lodged with the Ombudsaman.

The Ombudsman rejected Amre's contention that there was no conflict as he had joined the Daredevils coaching staff before the 2015 edition of IPL and only subsequently became a managing committee member in MCA before renewing his contract with the IPL franchise this year.

Justice Shah found that there existed a conflict of interest in this case as per the BCCI rules which stipulated that an administrator, which includes members of the managing committee of the affiliated units of BCCI, or his near relative shall not be on the pay roll of an IPL franchise.

"Mr Amre should not have taken any position in the coaching staff of an IPL franchise, while being an administrator," he has stated in his order. He has also directed the Board to take appropriate action against Amre as the IPL edition has already concluded and has declared that "for the next edition of the IPL, Mr Amre cannot continue to be a part of the MCA Managing Committee and the Delhi Daredevils (or any other IPL team) coaching staff."

"The BCCI is also directed to write to all the IPL franchises to clarify Rule 1 (A)(B) of the Rules on Conflict of Interest that the franchises cannot employ any Administrator (as defined in the Rules) as part of its support staff," the Ombudsman has said in his July 6 Order.

Vengsarkar, a former chief selector who is currently the vice president of the Mumbai Cricket Association and director of the National Cricket Academy (both honorary positions), was alleged to be running a cricket academy for junior cricketers in Pune and may favour them, leading to conflict of interest.

Vengsarkar had replied that as NCA director in an honorary capacity it was routine for the Board to bear the travel and accommodation expenses and his appointment should be viewed in the light of his position as a former India captain. The 116-Test veteran had also stated in his reply that he had been running academies for the last 21 years.

After receving another rejoinder from the applicant, the Ombudsman decided that this was not a case for taking any action as there was no conflict of interest in accordance with the BCCI's rules. The Ombudsman also upheld the complaint of Conflict of Interest against former Ranji Trophy cricketer Bhat that while he is a managing committee member of Karnataka State Cricket Association as well as chairman/selector for under 16 and under 14 he also works in the Brijesh Patel Cricket Academy and the IDBI Academy.

Bhat, in his reply, had said he did not draw any salary from both the academies and was only reumbursed his TA and DA. However, the Ombudsman has pointed out relevant Rule 2 (C) that "Cricketers appointed as coaches of Indian teams or national selectors shall not be associated with any private coaching academies during their tenure", and has directed KSCA to ask Bhat to forthwith dissassociate with both the academies. "In the event that Mr Bhat decides to continue his association with either academy, or any other cricket academy, then he cannot continue in his position as a Chairman/Selector of the U-16 team," said Justice Shah in his Order while disposing off the application. The Ombudsman, however, held that six others connected with KSCA - B K Ravi, L Prashanth, Mansoor Ali Khan, Somashekar Siriguppi, Rajesh Kamath and Yere Gowda - did not have any conflict of interest.

A complaint has also been received against former Karnataka and India pace bowler Dodda Ganesh and N Girish but the Ombudsman has not received any reply from the duo. The duo have been directed to send a reply to the charges by July 16, failing which the application against them would be decided ex parte, the Ombudsman has declared. The complaint lodged against Shukla is over his wife's ownership of a news TV channel whose ad slots are sold by Star India which also holds the broadcast rights of matches conducted by BCCI since 2012.

But IPL GC chairman Shukla had replied that Star was not the official broadcaster of the Twenty20 League. Shukla had further stated that it was the BCCI's Marketing Committee that grants broadcast rights for cricket in India after a transparent bidding process and he was not a member of that committee at the time of awarding of the rights or at present.

He had also stated that the sales agreement between Star and the TV network his wife owned was entered into on a purely commercial business consideration since the two entities have been working together for the last 20 years and was also similar in nature to the sports broadcaster's arrangement with other media houses.

"The Ombudsman is of the view that this is not a fit case for taking any action, since no case is made out for conflict of interest in Mr Shukla's role as per the BCCI Rules on Conflict of Interest. Accordingly, the complaint is dismissed," Justice Shah said in his order.

Comments
Topics mentioned in this article
BCCI Pravin Kalyan Amre Dilip Balwant Vengsarkar Cricket
Get the latest updates on T20 World Cup, check out the T20 World Cup Schedule and Live Score . Like us on Facebook or follow us on Twitter for more sports updates. You can also download the NDTV Cricket app for Android or iOS.