Prevailing poor weather conditions in Sri Lanka have forced Sri Lanka Cricket to change the venues for the second and third ODIs against new Zealand. 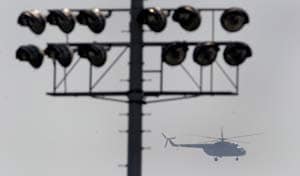 Incessant rain has forced Sri lanka Cricket to shift the second and third one-day internationals of on-going series against New Zealand to the central town of Kandy.

"The games would now be played at Pallekele on the same dates," SLC spokesman Rajith Fernando said.

The second and third one-dayers in the five-match series were to be played in the Premadasa Stadium here on November 4 and 6.

The first match yesterday was washed out without a ball being bowled. The only T20 international between the teams was also washed out on Tuesday.

Sri Lanka has been experiencing incessant rain throughout the week. 18 districts were affected by flash floods, high velocity winds.