The Pakistan Cricket Board (PCB) had launched its own T20 league with overseas players in February with considerable success, and is planning to hold the final of the next edition in Lahore 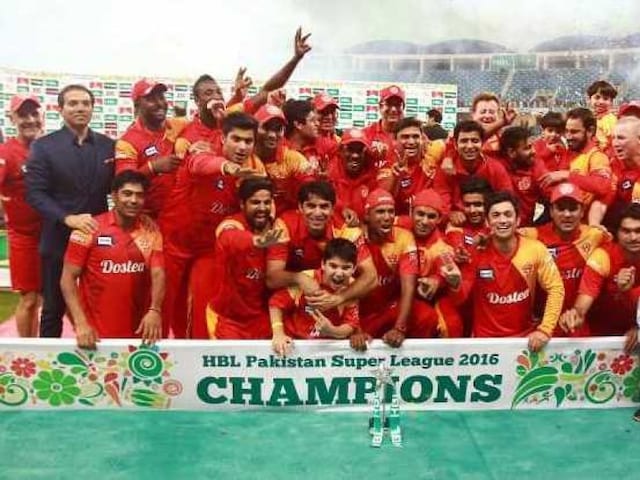 In a bid to convince foreign players to fly down to Lahore and play in the final of the second edition of Pakistan Super League, the Pakistan Cricket Board (PCB) is luring overseas recruits with extra money and better accommodation facilities at National Cricket Academy.

Najam Sethi, who heads the PSL secretariat and is also head of the PCB's influential executive committee, told reporters in Lahore that some foreign players have already agreed to play the PSL final.

Sethi didn't disclose the foreign players names but said they had been assured of foolproof security.

"I can assure you the PSL final in Lahore will be bigger than the one held in UAE last February," Sethi said.

No top team has toured Pakistan since March 2009, after militants attacked the Sri Lankan team bus in Lahore.

Since 2009 the PCB has only managed to convince low ranked teams Zimbabwe, Kenya and Afghanistan to play in Pakistan.

The PCB launched its own T20 league with overseas players in February with considerable success and has now scheduled the second edition next February also in the UAE but has said that it wants the final to be staged in Lahore at its headquarters at the Gaddafi stadium.

The PCB has already begun the process of signing on new overseas stars for PSL's second edition and announced recently the signings of Brendon McCullum, Eoin Morgan, Lasith Malinga and Albie Morkel.

Sethi confirmed overseas players were being offered extra money to play the final in Lahore.

"We are offering them atleast USD 20,000 each extra if they play the final in Lahore," he said.

He further said that 14 new rooms with top class facilities were being added to the NCA adjacent to the Gaddafi stadium as accomodation for these players.

He said the plan was to have accomodation for the teams at the NCA as part of the security plan for the PSL final.

Sethi also claimed that the success of PSL had led to infusion of money into the sport at the domestic level as well.

"There is huge interest in the PSL and as a result money is also being offered for the domestic events," he added.

Sethi was also confident there would be more sponsors for the second edition of the PSL and more revenues for the five franchises and eventually the tournament would serve as a door for resumption of international cricket at home.

Comments
Topics mentioned in this article
Cricket Pakistan Cricket Board Gaddafi Stadium, Lahore
Get the latest Cricket news, check out the India cricket schedule, Cricket live score . Like us on Facebook or follow us on Twitter for more sports updates. You can also download the NDTV Cricket app for Android or iOS.