The International Cricket Council shared a clip of Virat Kohli urging the crowd at 'The Oval' to applaud Steve Smith instead of booing him during a 2019 ODI World Cup match. 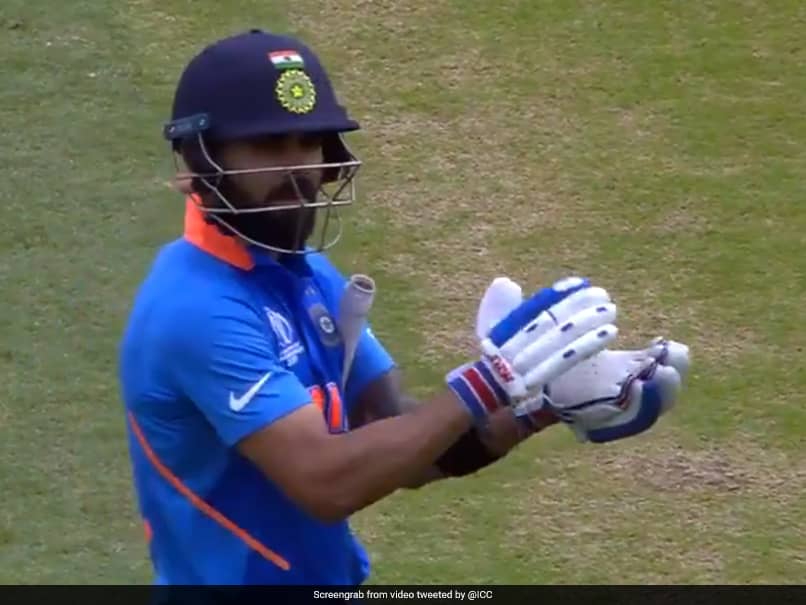 Virat Kohli can be seen urging the crowd at The Oval to applaud Steve Smith instead of booing him.© Twitter

The International Cricket Council (ICC) paid tribute to Team India skipper Virat Kohli on the occasion of World Kindness Day, which is celebrated on November 13 every year. ICC shared a clip from the group stage encounter between India and Australia in the 2019 ODI World Cup, which was held in England. Kohli can be seen urging the crowd at The Oval to applaud Australian cricketer Steve Smith instead of booing him, and the Australian's return to the national team following the 'Sandpaper' Scandal which landed Smith a one-year ban. The Australian had also expressed his appreciation towards Kohli who came forward and showed a clap gesture.

Be kind, be thoughtful, add a bit of brightness to someone's day today #BrightLights #WorldKindnessDay pic.twitter.com/7yOCAlJhYr

India were defeated by New Zealand in the semi-final of the 2019 World Cup, with hosts England winning their maiden World Cup.

Kohli will be seen in action next during the away tour of Australia, which starts on November 27. The 32-year-old led Royal Challengers Bangalore (RCB) in the recently concluded Indian Premier League (IPL) 2020. RCB were knocked out in the Eliminator stage of the cash-rich league, following a defeat against SunRisers Hyderabad (SRH).

Smith represented Rajasthan Royals (RR) in the 13th edition of the IPL, with the franchise failing to make it beyond the league stage.