New Zealand vs Australia: Tim Southee was reprimanded for breaching Article 2.8 of ICC Code Of Conduct for showing dissent at the umpire's decision. 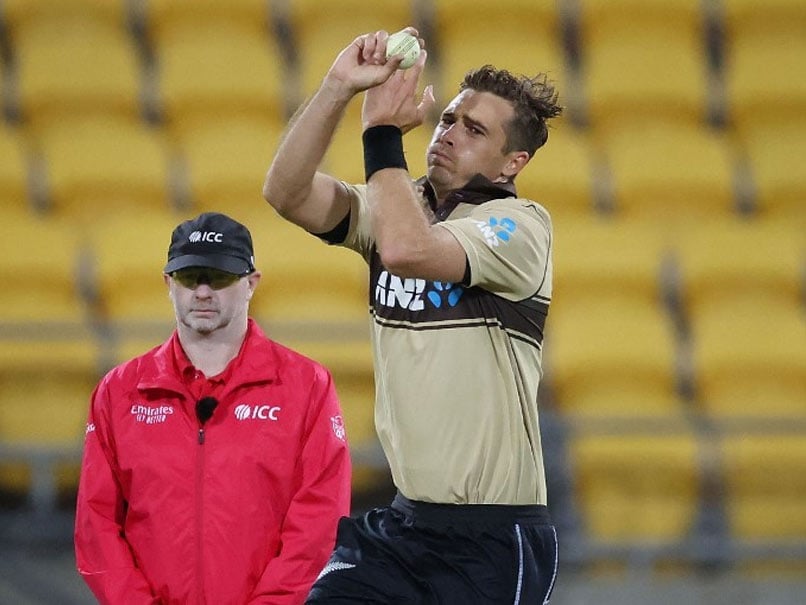 NZ vs AUS: Tim Southee was reprimanded for showing dissent at an umpire's decision.© AFP

New Zealand fast bowler Tim Southee has been reprimanded for breaching Level 1 of the ICC Code of Conduct during the third T20I against Australia in Wellington. Southee was found to have breached Article 2.8 of the ICC Code of Conduct for Player and Player Support Personnel, which relates to "showing dissent at an Umpire's decision during an International Match." In addition to this, one demerit point has been added to the disciplinary record of Southee, for whom it was the first offence in a 24-month period.

The incident occurred in the first over of the match on Wednesday, when Southee shouted at the umpire in a disrespectful manner after a leg-before review taken against Australia opener Aaron Finch returned 'Umpire's Call' on review.

Southee admitted the offence and accepted the sanction proposed by Jeff Crowe of the Elite Panel of ICC Match Referees and ratified by the ICC Cricket Operations department as per the COVID-19 interim playing regulations. There was no need for a formal hearing.

Level 1 breaches carry a minimum penalty of an official reprimand, a maximum penalty of 50 per cent of a player's match fee and one or two demerit points.

Riding on skipper Aaron Finch, Maxwell and Ashton Agar's performances, Australia bounced back in the series with a comfortable win over New Zealand.

New Zealand was 109/3 at one stage, but Agar picked six wickets to bundle out the hosts for 144. Agar turned the game in Australia's favour with three wickets in the 13th over.

Tim Southee New Zealand vs Australia, 3rd T20I Cricket
Get the latest updates on ICC T20 Worldcup 2022, check out the Schedule and Live Score. Like us on Facebook or follow us on Twitter for more sports updates. You can also download the NDTV Cricket app for Android or iOS.