Netherlands defeated UAE by eight wickets to seal a spot in next year's T20 World Cup in Australia. 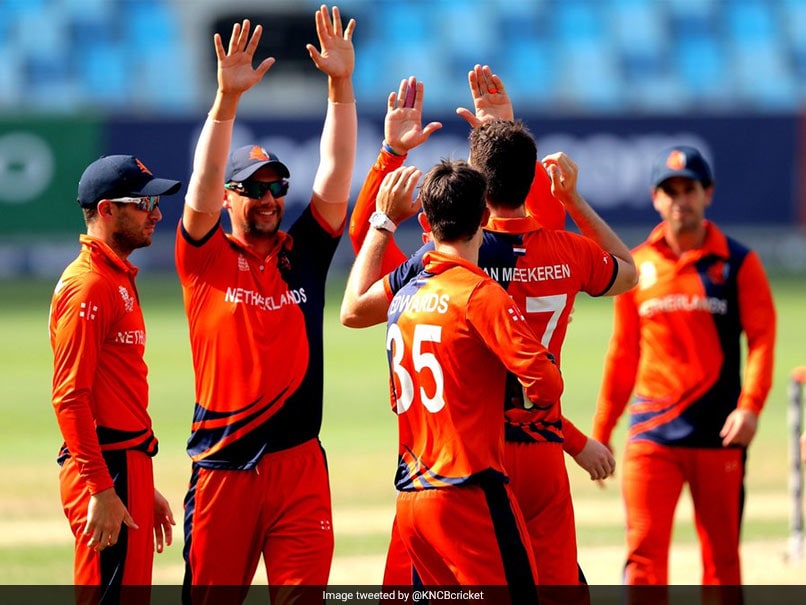 Netherlands chased down the target with nearly five overs to spare.© AFP

The Netherlands became the third team, after Papua New Guinea and Ireland, to book a place at next year's T20 World Cup after thrashing United Arab Emirates in Dubai on Tuesday. UAE, who started the tournament with victory over Ireland, could only muster 80-9 in their 20 overs which the Dutch knocked off with 29 balls remaining. The Netherlands, who face Ireland in the competition semi-final, won by eight wickets to progress to the eight-team first round of the World Cup in Australia in October 2020.

UAE have a final chance to reach the tournament when they face Scotland in a qualifying playoff on Wednesday.

UAE won the toss and chose to bat, but were quickly in trouble as Rohan Mustafa fell to Fred Klaasen in the first over. Things turned from bad to worse as UAE lost their first five wickets for just nine runs.

Waheed Ahmed and Mohammad Boota went some way toward repairing the damage with a sixth-wicket partnership of 45 before both fell in the same over to Johannesburg-born Brandon Glover, whose 4-12 earned him the Player of the Match award.

Ahmed Raza top-scored with 22 from 24 balls, but a target of 81 was never likely to stretch the Dutch.

Max O'Dowd fell early but Ben Cooper, with 41 not out, guided the Dutch to a victory that sends them to Australia as well as to the qualifying tournament semifinals.

United Arab Emirates Cricket
Get the latest updates on ICC Women's Cricket World Cup 2022 and IPL 2022, check out the Schedule , Live Score and IPL Points Table. Like us on Facebook or follow us on Twitter for more sports updates. You can also download the NDTV Cricket app for Android or iOS.