MS Dhoni, who was removed as captain of Rising Pune Supergiants in the Indian Premier League, decided to travel with the rest of the team by train for their first match with Karnataka on February 25 at the Eden Gardens in Kolkata. 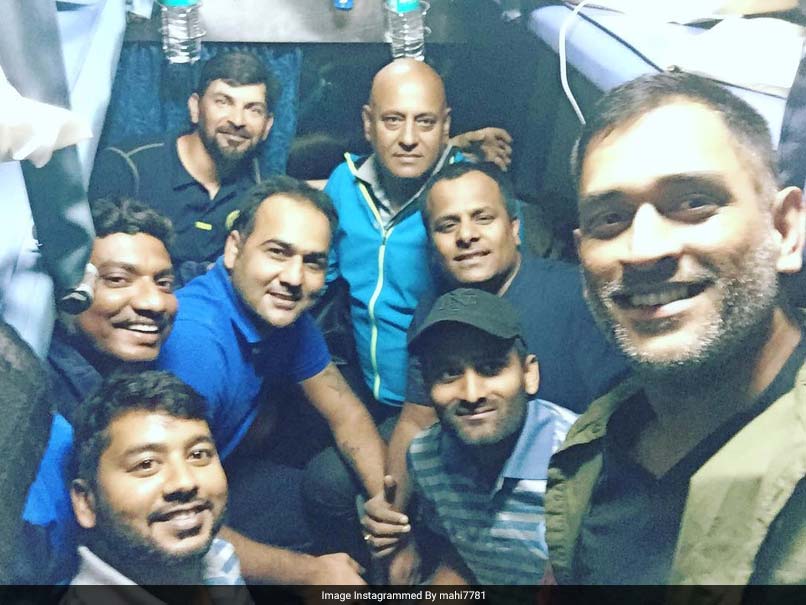 Mahendra Singh Dhoni, away from most of the attention-grabbing roles in Indian cricket, is obviously pretty relaxed and enjoying himself in his lower-profile status. Named skipper of the Jharkhand state team on Tuesday for the Vijay Hazare Trophy, beginning February 25, the Dhoni is evidently enjoying doing things he has not done for a long time, including a train trip, after 13 years.

Dhoni, who was removed as captain of Rising Pune Supergiants in the Indian Premier League, decided to travel with the rest of the team by train for their first match with Karnataka on February 25 at the Eden Gardens in Kolkata.

The former India captain travelled in AC 1st-Tier from Hatia to Howarh.

"I am travelling in a train after 13 years. It is a long route and I will enjoy it. I'll talk to my team-mates and enjoy," Dhoni was quoted as saying by the Indian Express.

Dhoni owns quite a number of vehicles at his home in Ranchi. One of his prized possessions is a Humvee.

During India's ODI series against New Zealand last year, Dhoni drove to training in his Hummer, leaving the likes of Tom Latham and Ross Taylor astonished.

Dhoni and Co will play their second match against Chhattisgarh at Eden on February 26.

The wicketkeeper-batsman has played for the state side in the last couple of seasons, but had not taken up the captain's role.

The Jharkhand team boasts of a strong squad, with the explosive Ishan Kishan and top domestic spinner Shahbaz Nadeem in their ranks.

Comments
Topics mentioned in this article
MS Dhoni Cricket India Cricket Team
Get the latest updates on T20 World Cup, check out the T20 World Cup Schedule and Live Score . Like us on Facebook or follow us on Twitter for more sports updates. You can also download the NDTV Cricket app for Android or iOS.