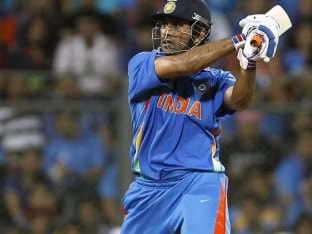 "Dhoni cemented his legacy as one of India's best captains of all time when he led the Indian national team to victory in the 2013 ICC Champions Trophy and became the first national captain to ever win all three ICC trophies," the publication said.

Dhoni signed bat sponsorship deals with leading brands like Spartan Sports and Amity University in late 2013 reportedly worth a combined $4 million, or Rs. 23.6 crore, annually, up from the $1 million, or Rs. 5.9 crore, Reebok was paying previously, it added.

The earning figures include salaries, bonuses, prize money, appearance fees, as well as licensing and endorsement income paid out during the last 12 months between June 2013 and June 2014.

Mayweather earned $105 million, or Rs. 620 crore, during the past year for 72 minutes of work in the ring for fights against Canelo Alvarez and Marcos Maidana.

The payday puts Mayweather at the top of Forbes' annual list of the world's highest-paid athletes for the second time in three years.