Mohammed Shami gave the thumbs-up to the Pink Ball as he battled dehydration to pick up five wickets in the CAB Super League final. 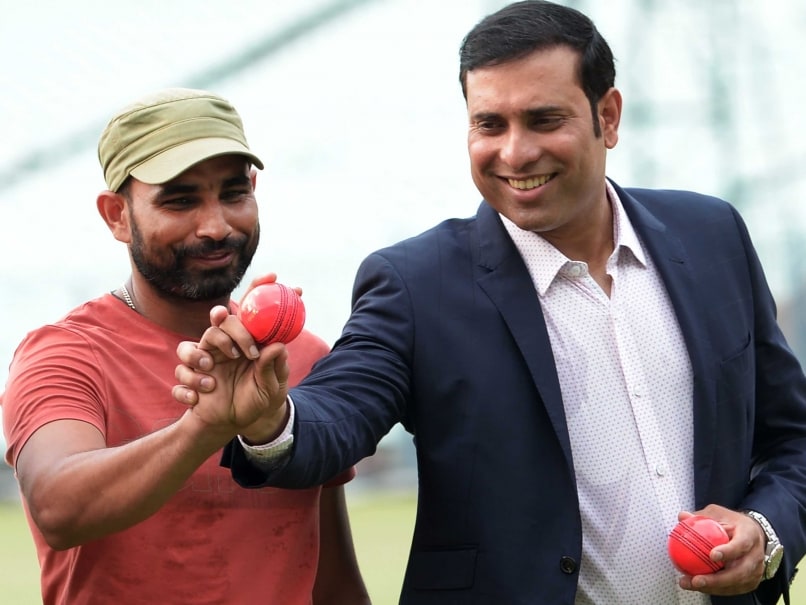 Mohammed Shami picked up 5/42 with the Pink Ball during the CAB Super League final.© AFP

India pacer Mohammed Shami allayed apprehensions that the experimental pink ball may not aid in getting reverse swingafter he battled dehydration to grab five wickets in the CAB Super League final in Kolkata on Sunday.

Playing for Mohun Bagan, Shami (5/42) was taken off the field after suffering from dehydration only to come back later on day 2 of the match against Bhowanipore, which is doubling up as the first day/night multiday experiment at the Eden Gardens.

Shami looked unplayable with his pace and bounce that rattled the inexperienced Bhowanipore who recovered from 45 for seven to 153 all out (including 20 penalty) in 38.5 overs in reply to Mohun Bagan's first-innings total of 299.

The pacer unsettled Geet Puri's stumps with a ball that sharply cut in under lights. He then flashed the 'radium-like' pink ball with a high-five with his teammates.

"It's very bright and glows like a radium. With red or white balls, there was some visibility problem as it took the colour of grass. Definitely I will prefer this ball, this is much better. The biggest plus point is (the swing) under lights, what else a bowler wants," an ecstatic Shami said.

Shami had made his Test debut at this venue with a career best nine-wicket haul against the West Indies in 2013.

"There was a bit of moisture in the afternoon so it helped initially. But under lights, there was more movement undoubtedly. It's challenging for both batsmen and bowlers."

There were some concerns with reverse swing as the bowlers on the first day complained that both the sides of the ball remained shiny, but Shami disagreed.

"The ball retains it colour and shine. If we can maintain the dryness, I'm sure it will reverse. It did, I noticed."

The Sunday turnout was close to 5000 and spectators were seen waving and shouting 'pink ball, pink ball' in front of the camera.

Starting the proceedings under severe heat and humid conditions, Shami bowled a no ball from the High Court end in the afternoon and his fourth ball too was a no ball.

He was spot on in the fifth delivery and Santosh Sabanayakan was out for a golden luck, looking clueless to a sharp incoming bouncer as the ball kissed his bat before Wriddhiman Saha took a regulation catch behind the stumps.

Shami soon looked uneasy and his teammates helped him with a towel as he went off the field with Sourav Mondal completing the over.

Eyeing the West Indies tour next month, Shami returned to action in the 14th over and bowled six overs in tandem.

Saha, who is the India Test wicketkeeper, showered praise on the pink ball experiment.

"Every ball is swinging a bit either way which was never the case with the red kookaburra. The visibility is perfect. Red or white, the ball invariably lost its colour after it became old. But here there's no such difficulty at all. The pink ball has better visibility. But batsmen will have problem if a pacer consistently bowls 140k."

Comments
Topics mentioned in this article
India Cricket Team Shami Ahmed Cricket
Get the latest updates on T20 World Cup, check out the T20 World Cup Schedule and Live Score . Like us on Facebook or follow us on Twitter for more sports updates. You can also download the NDTV Cricket app for Android or iOS.