Australian bowler Mitchell Starc became the first Test cricketer to bowl with the pink ball against New Zealand in Adelaide. Josh Hazlewood earned the distinction of taking the first Test wicket with it. 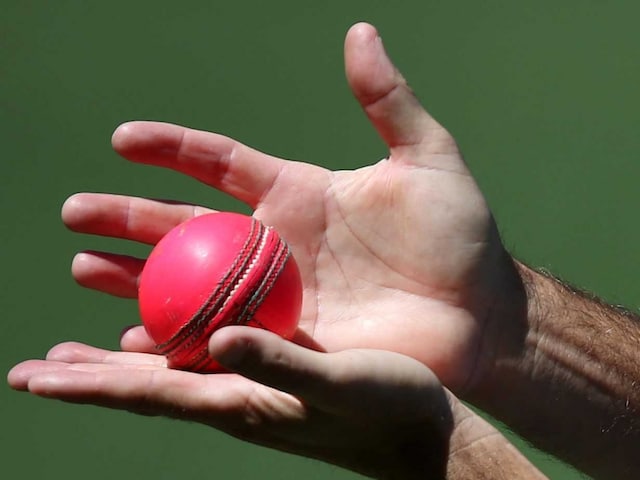 The Adelaide Test between Australia and New Zealand in the first occasion when the pink ball is being used in international cricket.© AP

On Friday, the Adelaide Test between Australia and New Zealand started with Mitchell Starc bowling one of his fast deliveries to Martin Guptill. The ball swung a bit but was blocked well by the batsman. Nothing worth mentioning about it, or was there something? (Test Makeover Faces a Tough Challenge)

Here's the ump with the ball just before the start of play #AUSvNZ #pinkball ^CE pic.twitter.com/7thyC8jMHg

The delivery bowled by the tall Australian went down in history books as the first-ever with the pink ball, since the start of Test cricket in 1877. The Adelaide Test is special in another way as it marks the start of day-night Tests and the first death anniversary of Australian cricketer Phillip Hughes.

For 138 years, Test cricket has seen heroes being made and destroyed by the red ball. Traditionalists still savour the sight of it but none can deny that with the advent of Twenty20s, the longest format of game faces a fight for survival. (Australia, New Zealand Uncertain Over Bowling Attacks for Pink Ball Test)

"People want to see a little bit of change. Sometimes it's hard for players to understand that, but sometimes you've got to see the bigger picture for the good of Test cricket," Steve Waugh, former Australia captain, said. ('Uncertain' Cricketers Will Eventually Accept Pink Ball: Chris Rogers)

"It might not be a perfect ball, it might discolour a bit and it might be tough for batsmen for some portion of the match, but it's been that way for one-day cricket since it started. There's always been that twilight area after tea where the lights are not quite perfect, but you just get on with it." ('Pink Ball Tests Have Rosy Future')

The pink ball and the day-night Test was thus an attempt to give it a glitzy makeover. The ball has already been used in Australia's domestic cricket and has been welcomed by captains and administrators. Even India ODI and T20I captain Mahendra Singh Dhoni has tested the ball.

"It's a really exciting concept I can't wait to get out and give it a crack," Australia captain Steve Smith said, before the start of the Adelaide Test. "I think the crowds have rolled in. Obviously, the first two Tests were a bit disappointing in terms of crowds. There's some big numbers expected for at least the first three days here. So I think it's really exciting for us moving forward."

Kookaburra, the manufacturer of the pink ball, said that the ball had been tested by Cricket Australia (CA), England and Wales Cricket Board (ECB) and Marylebone Cricket Club (MCC). (Pink Ball Manufacturers Waves Off Criticism)

"We have also supplied a number of other ICC members like CSA (Cricket South Africa) and WICB (West Indies), and have been equally happy with its performances at domestic level," Brett Elliot, Kookaburra managing director, said.

"To ensure the best visibility whilst also preserving the natural wear characteristics of the ball throughout the course of the game, we add additional colour to the pink ball and also the white ball. This enhances the brightness of the ball although some say also encourages early swing," Elliot said. 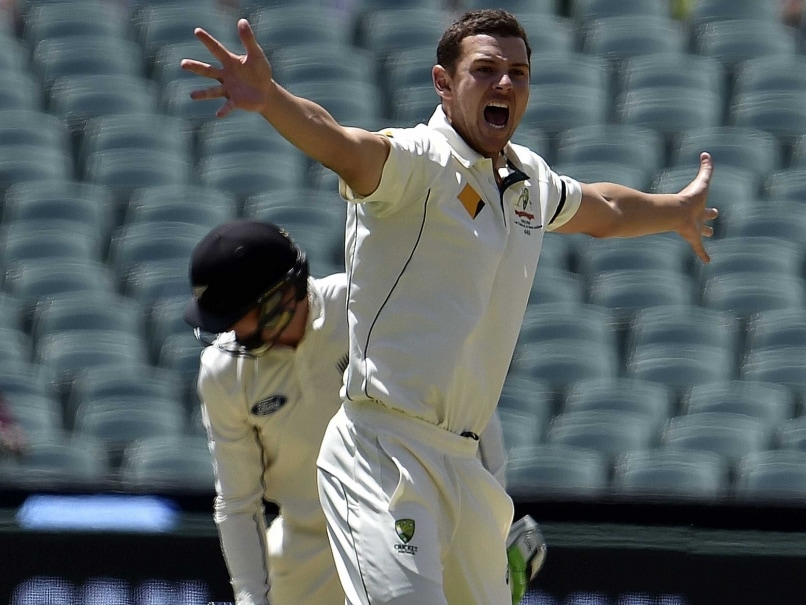 Josh Hazlewood appeals for a LBW against Martin Guptill. He became the first Test bowler to get a wicket with the pink ball.

Josh Hazlewood earned the distinction of picking the first-ever Test wicket with the pink ball when he dismissed Guptill in the fourth over of the first day of the Adelaide Test.

Hazlewood got a bit of seam movement as the ball hit Guptill's thigh on the back leg and was found plumb in front of the wicket. The pink ball thus got its first victim.

In the very next over, New Zealand's Kane Williamson hit a full toss from Starc to the boundary as he became the first Test player to hit a four off the pink ball.