Mitchell Johnson Has Always Been a Special Bowler: Sachin Tendulkar

Sachin Tendulkar termed the retiring Mitchell Johnson as an aggressive bowler and that he has always been a special bowler for Australia. Tendulkar and Johnson were team-mates for Mumbai Indians during the 2012-13 Indian Premier League. 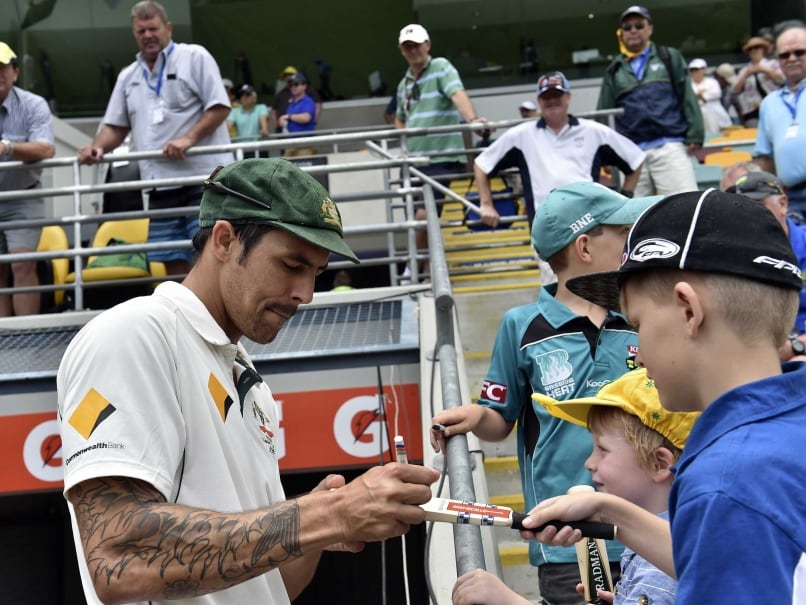 "Good luck to @MitchJohnson398 who has always been a special bowler. Got to know him well at @mipaltan and enjoyed his aggressive approach!" Tendulkar tweeted about the cricketer who played for Mumbai Indians as well in his IPL stint.

Good luck to @MitchJohnson398 who has always been a special bowler. Got to know him well at @mipaltan and enjoyed his aggressive approach!

Fiery Australian fast bowler Mitchell Johnson Tuesday announced his retirement from all international cricket after the ongoing Test against New Zealand, joining a host of fellow veterans to recently call it quits.

Renowned for his express pace, ferocious bounce and capacity to intimidate, the 34-year-old said in a statement ahead of the fifth day's play at Perth's WACA Ground: "I feel now is the best time to say goodbye.

"It's been an incredible ride. But the ride has to come to an end at some point and to do so here at the WACA is very special."Â (Mitchell Johnson Admits Thinking About Retirement)

He follows Michael Clarke, Brad Haddin, Ryan Harris, Chris Rogers and Shane Watson into the sunset, who all upped stumps after the recent Ashes series against England.

Speculation had been rife about Johnson's future, with the bowler admitting last week that he thought about retirement "most days".

A massive congratulations to @mitchjohnson398 on a wonderful career. It was incredible to play in... https://t.co/52URYlSzzH

Massive congrats to great mate @MitchJohnson398 on a fantastic career. Will be a few batsmen in the world breathing easier! Congrats mate!

Will miss Mitchell Johnson. They don't make many like him anymore. The fast, scary kind.

What an athlete! One of the best I ever played with. To @mitchjohnson398 & jessicabratichjohnson... https://t.co/siXHUNY4kg

Comments
Topics mentioned in this article
Mitchell Johnson Sachin Ramesh Tendulkar Sanjay Vijay Manjrekar Brett Lee Shane Watson Damien Fleming Ryan Harris Cricket
Get the latest updates on IPL Auction 2023 and check out  IPL 2023 and Live Cricket Score. Like us on Facebook or follow us on Twitter for more sports updates. You can also download the NDTV Cricket app for Android or iOS.