Martin Crowe, who died at the age of 53 after a long battle with cancer, was shown respect by Marylebone Cricket Club, who flew their flag at Lord's at half mast 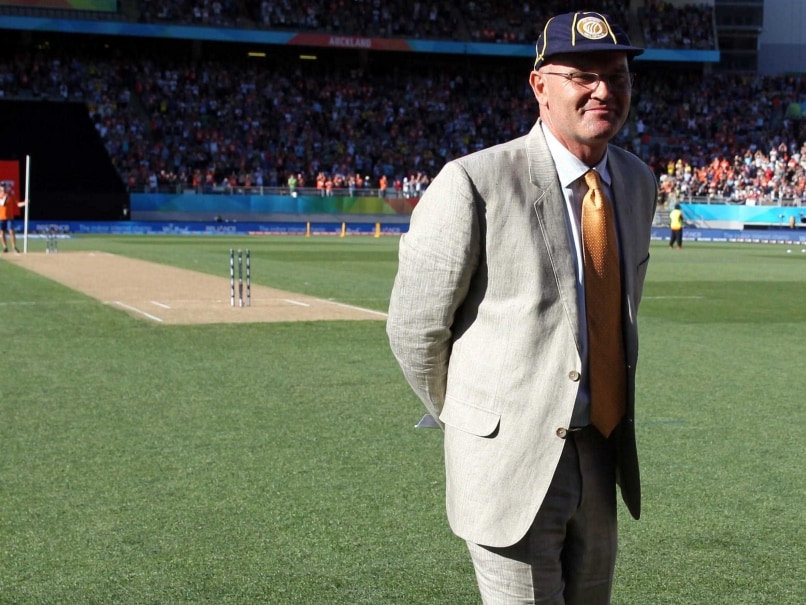 Martin Crowe was inducted into the ICC Hall of Fame in March 2015 during the ICC World Cup co-hosted by New Zealand.© AFP

Crowe died at the age of 53 after a prolonged battle with with cancer. The Kiwi great, who played 77 Tests and 143 One-Day Internationals, was an honorary life member of the MCC and it confirmed on Friday that the flag at Lord's would be flown at half mast as a mark of respect, according to a report in stuff.co.nz. (Martin Crowe's Demise Sad Day For Cricket: Mahendra Singh Dhoni)

"Crowe's association with MCC and Lord's began in 1981 when as a young player he shone on the MCC young cricketers scheme scoring 103* for the YCs against MCC in the annual match at Lord's that year," the MCC said in a statement.


The MCC flag is flying at half mast this morning in respect for Martin Crowe who has passed away #MartinCrowe pic.twitter.com/43hWWQ21T1

"He was one of five players on that year's intake who went on to play test cricket, the others being Neil Williams and Dermot Reeve of England and Australia's Tim Zoehrer and Wayne Phillips.

"Crowe went on to serve as an inaugural member of the MCC world cricket committee, where he was particularly passionate in defending the primacy of test cricket.

"He was a remarkable man, and will be much missed in the cricket world. I remember him as powerful, solid, with all the shots. He played the ball very late and was courageous in every way," Brearley said.

"I got to know him later, when we were both on MCC's world cricket committee, from 2006 to 2013. Marty was frank, articulate and passionate about cricket, especially test cricket.

"He held strong views and argued for them forcefully. He was also generous and warm.

"He fought with tremendous courage against his disease. He seemed to have reached a place of peace and acceptance, despite the pain, discomfort and decline of bodily strength that ensued.

"He was a remarkable man, and will be much missed in the cricket world. We at MCC and at the WCC are grateful to have known him."

Comments
Topics mentioned in this article
Martin David Crowe Lord's, London Cricket
Get the latest updates on IPL Auction 2023 and check out  IPL 2023 and Live Cricket Score. Like us on Facebook or follow us on Twitter for more sports updates. You can also download the NDTV Cricket app for Android or iOS.