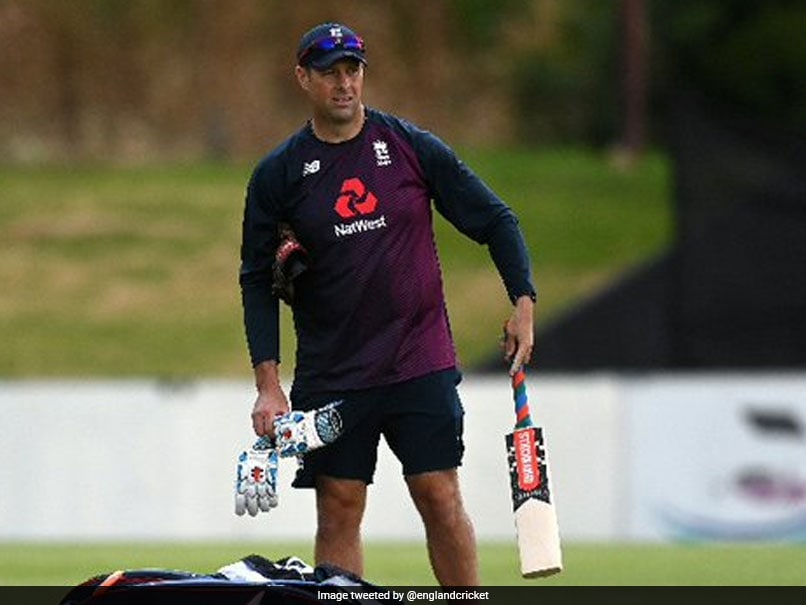 Marcus Trescothick will take up the new role in the middle of March.© Twitter

Former opener Marcus Trescothickhas been appointed as England's new elite batting coach, the England and Wales Cricket Board (ECB) announced on Monday. In the bowling department, Jon Lewis and Jeetan Patel have been named as England's pace and spin bowling coaches respectively.

Trescothick will take up the new role in the middle of March. He will step down from his role as assistant coach at Somerset County Cricket Club.

Current Young Lions head coach Lewis has been promoted to the role of Elite Pace Bowling Coach. The former England seamer has held numerous roles within the pathway set up after a successful playing career primarily with Gloucestershire but also including stints at Surrey and Sussex.

In addition, Jeetan has been appointed as a permanent elite spin bowling coach. Jeetan, the former New Zealand and Warwickshire spinner, joins the group permanently after several short-term spells working with the men's team.

"Following an extensive recruitment process, I'm really excited about the calibre of the individuals that we've appointed into these specialist roles. Marcus, Jon and Jeetan have demonstrated their ability at the highest level and also show huge potential for the future. Working alongside Carl Hopkinson, our current Elite Fielding Coach, we have the makings of a strong specialist coaching team, possessing a diverse range of experience," said ECB's performance director Mo Bobat in an official statement.

"Working in conjunction with counties, they will have responsibility for developing and preparing current and next-in-line England players whilst also adding value to our England and Lions environments. In addition, they will support the development of our best Under 19 players through our Young Lions programme," he added.

The three roles attracted a high calibre of applicants and were subject to a rigorous recruitment process. As part of the move, Lewis will vacate his role as Young Lions head coach, and this role will be reconfigured into an Elite Pathway Coach role.

Given the strength of candidates shortlisted for the three elite roles, the Elite Pathway Coach role has also been filled through this process, with Richard Dawson being appointed.

Dawson takes up the new role in mid-April, having previously been head coach at Gloucestershire. ECB would like to thank Gloucestershire for their support in releasing Richard to take up the role.

"Jon has done a fantastic job leading our Young Lions programme and England U19 team over the last couple of years. His change of role has provided the opportunity to look at that position with fresh eyes," said Bobat.

"Given the strength of applicants that we've had through the recruitment process, and the need for us to have an adaptable coaching workforce, I'm absolutely delighted that we've been able to appoint Richard Dawson as our Elite Pathway Coach," he added.

England Cricket Team Marcus Trescothick Jon Lewis Jeetan Patel Cricket
Get the latest updates on India vs Australia and check out  Schedule, Results and Live Score. Like us on Facebook or follow us on Twitter for more sports updates. You can also download the NDTV Cricket app for Android or iOS.