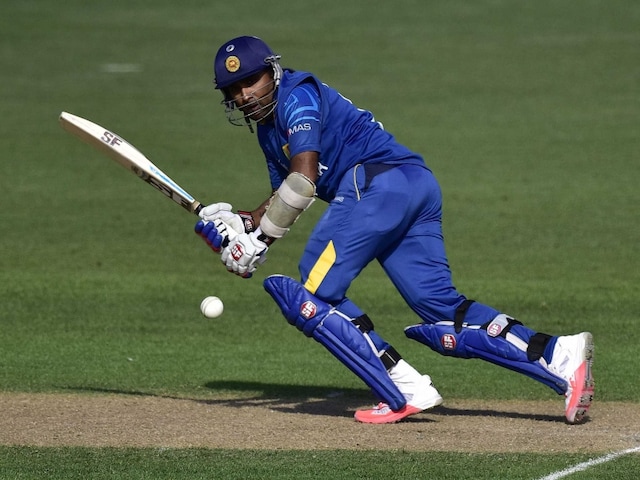 Mahela Jayawardene will be England's batting consultant during the Test series against Pakistan in the UAE starting in October. Jayawardene, who has scored 11814 runs in Tests and 12650 runs in ODIs, will be a welcome addition to a squad that is inexperienced in tackling quality spin on dry pitches in UAE. (Mahela Jayawardene Set To Join England as Batting Consultant: Reports)

In addition to Jayawardene, Paul Collingwood will be the consultant for England's limited overs squad. Collingwood, who coached Scotland in the 2015 ICC Cricket World Cup, led England to the title in the 2010 ICC World Twenty20 in the West Indies. He will also be the batting consultant for England during the ICC World Twenty20 in India in 2016. (England Seek Jayawardene for Limited Overs Batting Consultant)

The ECB made the announcements of Jayawardene and Collingwood joining the England team management during a press conference where they announced the Test, ODI and T20I squads.

Andrew Strauss, the Director of Cricket for the ECB, said, "We are delighted that Mahela and Paul will be joining the England management team, supporting our existing specialist coaches in this area. Both will bring a vast wealth of cricketing knowledge and expertise to the team, and in Mahela's case, extensive experience of batting in the sub-continent which will be invaluable as part of our wider preparations for the UAE tour."

England had hired the services of former Pakistan leg-spinner Mushtaq Ahmed as a spin bowling consultant. Mushtaq was a key member in the support staff when Andy Flower and Graham Gooch were in charge. Jayawardene was in talks with current coaches Paul Farbrace and Trevor Bayliss since July for the role. Bayliss has coached Sri Lanka.

England's tour of Pakistan starts on October 13 with the first Test in Abu Dhabi.

Comments
Topics mentioned in this article
Mahela Jayawardene Paul Collingwood England Cricket Team Cricket
Get the latest Cricket news, check out the India cricket schedule, Cricket live score . Like us on Facebook or follow us on Twitter for more sports updates. You can also download the NDTV Cricket app for Android or iOS.