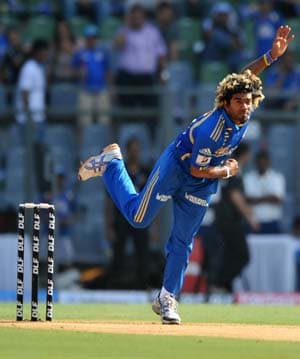 Malinga, who has retired from test cricket and will not join his Sri Lankan teammates for the series opener against Australia at Hobart on Friday, needed just four overs Wednesday night to achieve the feat and spearhead a 10-wicket win over the Perth Scorchers.

His figures trail only Arul Suppiah's six wickets for five runs for Somerset against Glamorgan in 2011 and surpasses Michael Dighton's 6 for 25 as the best figures in Australian T20 cricket.

Malinga played his last test for Sri Lanka against India in 2010 before electing to concentrate on one-day and T20 cricket.