AUS vs IND: KL Rahul Ruled Out Of Ongoing Test Series Against Australia Due To Injury

KL Rahul sprained his left wrist while batting during a practice session at the Melbourne Cricket Ground (MCG) on Saturday. 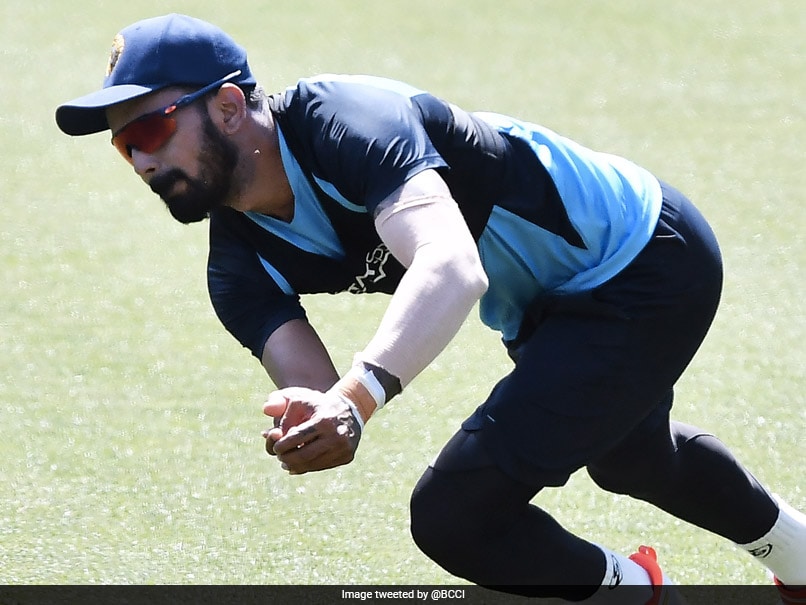 KL Rahul has been ruled out of the remainder of the Test series against Australia.© BCCI/Twitter

In another setback for the Indian squad, batsman KL Rahul has been ruled out of the remainder of the two Tests of the ongoing four-match series in Australia. The Board of Control for Cricket in India (BCCI), in a media release on Tuesday, said that the 28-year-old sprained his left wrist while batting during a practice session at the Melbourne Cricket Ground (MCG) on Saturday. India are already missing captain Virat Kohli, who is on paternity leave, Mohammed Shami and Umesh Yadav -- due to injuries. Rahul was not part of the playing XI for the first two Tests, but played his part with some fine performances in the limited-overs leg of the Australia tour that preceded the Test series.

"KL Rahul sprained his left wrist while batting in the nets at the MCG during Team India's practice session on Saturday. The wicketkeeper-batsman will not be available for the remaining two Tests of the Border-Gavaskar Trophy as he will need about three weeks time to recover completely and regain full strength," the BCCI said in a statement.

The stylish right-hander will now return to India begin his rehabilitation process at the National Cricket Academy (NCA).

"He will now return to India and head to the National Cricket Academy in Bengaluru for further rehabilitation of his injury."

Rahul played all three matches in the One-Day International (ODI) series in Australia, which the hosts won 2-1. The right-hander scored 93 runs at an average of 31 with a high score of 76.

India won the T20I series 2-1, with Rahul scoring a total of 81 runs in the three matches.

The 28-year-old was overlooked for the first two Test matches despite the absence of Virat Kohli (2nd Test) and Rohit Sharma.

The four-match Test series is currently level at 1-1 with Australia winning the opening match in Adelaide and India emerging victorious in Melbourne.

The third Test is set to start in Sydney on January 7. The fourth and final Test is scheduled to be held in Brisbane, starting January 15.

KL Rahul Cricket Australia vs India 2020-21
Get the latest updates on ICC Women's Cricket World Cup 2022 and IPL 2022, check out the Schedule , Live Score and IPL Points Table. Like us on Facebook or follow us on Twitter for more sports updates. You can also download the NDTV Cricket app for Android or iOS.