Kenya to Visit Pakistan Next Month to Play Five ODIs

Kenya will face Pakistan A in Lahore from December 13-20. Kenya will become the second Associate side to tour Pakistan, after Afghanistan in 2012. 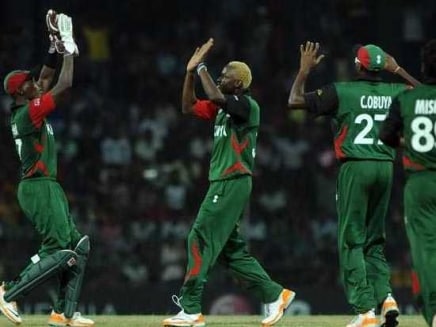 Kenya will visit Pakistan next month and play all five one-day internationals in the same city where the Sri Lanka cricket team came under a deadly attack from gunmen five years ago.

The Pakistan Cricket Board announced on Tuesday that Kenya will face Pakistan A in Lahore from December 13-20.

The attack in Lahore in 2009, while Sri Lanka were being driven to Gaddafi Stadium for a Test, killed six police officials and a van driver, and wounded players and officials.

Test-playing nations have avoided Pakistan ever since, and Pakistan play their home internationals in the United Arab Emirates.

Kenya will become the second Associate side to tour Pakistan, after Afghanistan in 2012. Afghanistan have also trained in Lahore at the National Cricket Academy.

Comments
Topics mentioned in this article
Kenya Pakistan Cricket Team Pakistan Cricket Board Cricket
Get the latest updates on Fifa Worldcup 2022 and check out  Fifa World Cup Schedule, Stats and Live Cricket Score. Like us on Facebook or follow us on Twitter for more sports updates. You can also download the NDTV Cricket app for Android or iOS.