Karnataka won by an innings after their batsmen made a mockery of the Tamil Nadu bowling in the Ranji Trophy final. Karun Nair scored a record triple century for the champions. 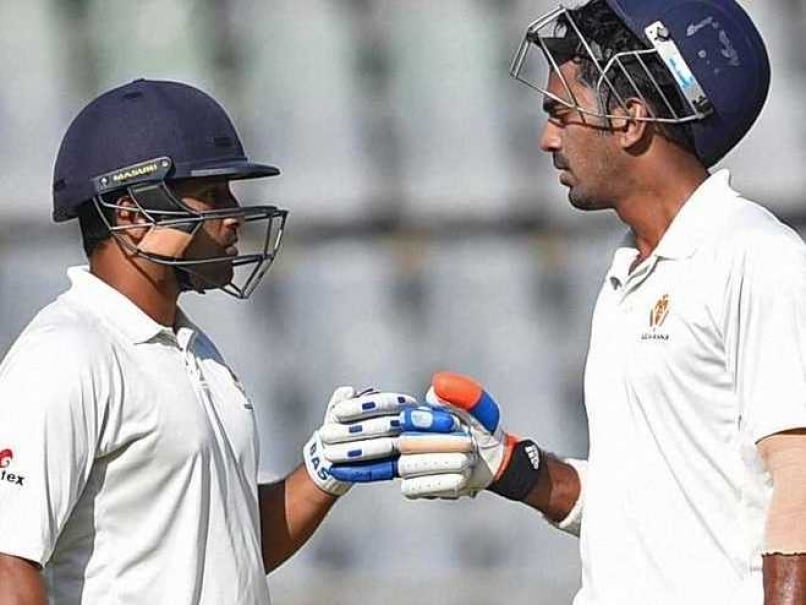 Karnataka's batting might crushed Tamil Nadu in the Ranji Trophy final at Wankhede Stadium in Mumbai. Karnataka won by an innings and 217 runs on Thursday. Karun Nair was the Man of the Match for his record triple century for Karnataka.

Young spinner Shreyas Gopal took four wickets for 126 as Tamil Nadu were all out for 411 in their second innings. India's Test batsman Murali Vijay failed for the second time for Tamil Nadu and centuries from Dinesh Karthik (120) and Vijay Shankar (103) could not stop the massive defeat.

"It's a big moment for us to retain the trophy. It is a complete team effort," said Karnataka skipper Vinay Kumar. "Winning the toss was important because on the first day till lunch the pitch in Mumbai assists the seamers. We have a very special bunch of players. We want to keep performing and dominate the domestic circuit."

Vinay, became the first captain to pick up a five-wicket haul and score a century in a Ranji final. He was only the second cricketer to achieve the feat. Vijay Hazare did it in the 1946-47 final. Vinay achieved the feat on the birth centenary of Hazare, who took 6 for 85 and scored 288 for Baroda against Holkar. Vinay finished with 48 wickets this season.

"They bowled really well on the first day. We could have batted better, but that's history now," said Tamil Nadu opener and skipper Abhinav Mukund. "With their nightwatchman out early on Day 2, we were in the game, but KL Rahul and Karun Nair played two chanceless innings and took the game away from us."

Karnataka play the Irani Trophy next.

Comments
Topics mentioned in this article
KAR TN Cricket
Get the latest updates on India vs South Africa and check out  Schedule, Results and Live Score. Like us on Facebook or follow us on Twitter for more sports updates. You can also download the NDTV Cricket app for Android or iOS.