The legendary cricketer speaks about all this and more in the third episode of masterclass series 'The Long Game', launched by credit card payment platform CRED. 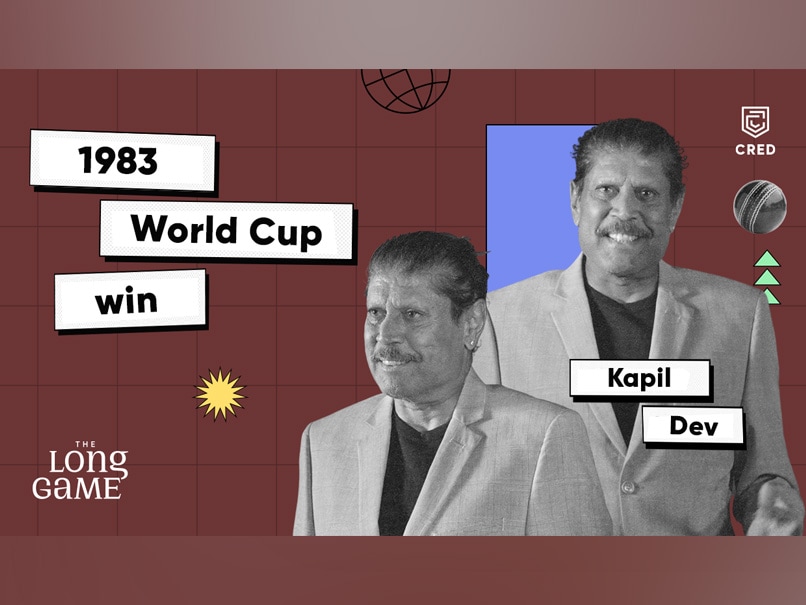 October 1, 1978, more than 43 years to this day, a lanky youngster from Haryana played his first international match for India. It was a one-day international against arch-rivals Pakistan in Quetta, which the Indian team went on to win. That youngster, Kapil Dev Nikhanj - popularly known as Kapil Dev, would go on to change the course of the sport in the country. Little less than 5 years later in Quetta, the rising star led India to a landmark victory at the hallowed turf of the Lord's Cricket Ground in London. His team beat two-time world champions West Indies in the final of the 1983 World Cup, to bring about a paradigm shift in the sporting culture of India and turned cricket from being just another sport to a 'religion' for its fans. But even more than that, Kapil Dev's biggest contribution to Indian cricket was to introduce the art and science of fast bowling to the nation.

The legendary cricketer speaks about all this and more in the third episode of masterclass series 'The Long Game', launched by credit card payment platform CRED. The popular app which rewards its members for paying credit card bills on time launched 'The Long Game', a six-part series where some of the country's most beloved cricketers talk about their experiences on and off the field.

Kapil Dev shares the lessons that he learnt from his decorated career, the troughs and crests he went through and his takeaways from each instance.

One of the most inspiring things he opens up about in the episode is his strong desire to prove a senior cricket official wrong after being told in the nascent stages of his career that India is incapable of producing fast bowlers. He further delved into how this did not break his spirit, instead it pushed him to work harder to realise his dream of becoming a successful fast bowler. Indian cricket till the 1970's was dominated by crafty batsmen and master spinners. But Kapil was different and he wanted to stand out from the rest. Against all odds, he flourished as a fast bowler and reached cricketing zenith, when he broke Richard Hadlee's record to become the highest wicket-taker in Test cricket in February 1994. His record stood for 6 years before West Indian Courtney Walsh surpassed it. Kapil Dev has an awe-inspiring record as an all-rounder too as he batted and bowled with elan in both Tests and ODIs to finish as one of the most successful all-rounders that the game has ever seen.

Kapil also discusses the 1983 World Cup campaign and the crucial moment in the final when Madan Lal requested him to bowl to the legendary Vivian Richards and what followed as they say is history. He opens up on his relationship with Sunil Gavaskar and also shares the lessons that he learnt after losing his captaincy, which left him heartbroken.

Kapil Dev's masterclass follows two highly successful episodes of 'The Long Game' in which Indian cricketing greats Mohinder Amarnath and Rahul Dravid also shared their experiences and learnings. The series brings out the stories of grit and persistence, of victory and defeat, and of the ability to keep learning from the challenges one encounters.

After a rewarding IPL season for its members, CRED's latest offering is this masterseries which they hope will inspire people  to set out on a path of choice and make the most of opportunities just like these celebrated cricketing legends.

Listen to the latest songs, only on JioSaavn.com
Comments
Topics mentioned in this article
Kapil Dev