Jagmohan Dalmiya's health issues has come as a big blow to BCCI. His poor health has already put the BCCI's functioning in a limbo. 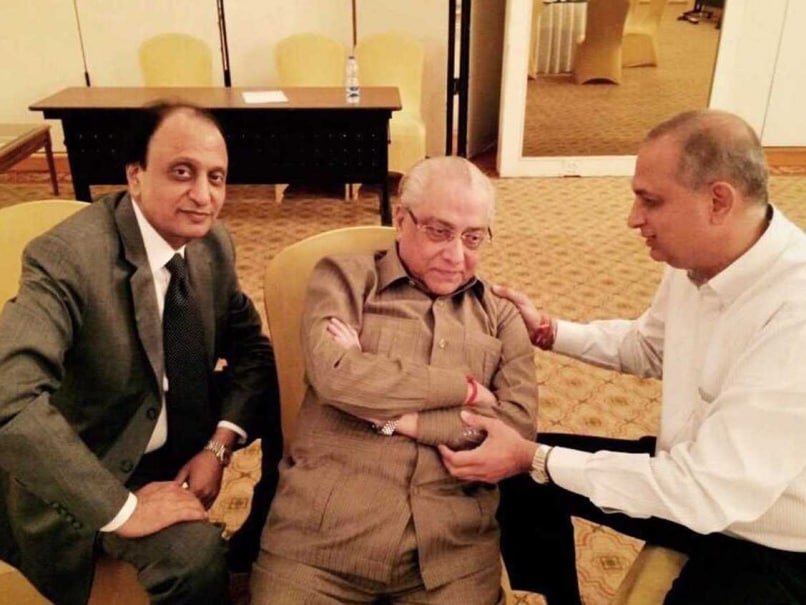 In his second tenure at the helm of the BCCI, Jagmohan Dalmiya has had few successes.© PTI
New Delhi:

The news of Jagmohan Dalmiya's hospitalisation is yet another impediment for the BCCI that is already reeling from several crisis. But the members who voted for the Kolkata businessman to become the Board President in March this year knew that this was very much a part of the deal since he wasn't in great health. So why did the BCCI invite trouble? (BCCI chief Jagmohan Dalmiya Hospitalised)

In a way, Dalmiya offered them the best option after a controversy-ridden two years by former President N Srinivasan. As BCCI Secretary, Anurag Thakur said," He [Dalmiya] is a seasoned administrator and we have benefited from his experience. All the steps taken by us in the recent times have been done under his guidance and with his support." While the clamor for replacing Dalmiya has grown within the Board, Thakur remains his staunch supporter.(Dalmiya Re-Elected Unchallenged as CAB Chief)

In fact, it was under his tutelage that the BJP politician started his innings in the BCCI in the early nineties. Despite changing camps in the last few years, Thakur has come back to rally behind the septuagenarian cricket administrator.

In the last six months, as a cricket administrator, Dalmiya may not have taken rapid strides to improve the image of the board, but two things that stand for him are the team's performance in Sri Lanka and finding a solution for the Rajasthan players to play in Ranji Trophy. Dalmiya can brag that India has started winning abroad. The credit also goes to Thakur for trying to put systems in place. However the list of achievements ends pretty much there.

Ad-hocism has plagued BCCI's functioning. They have not found a permanent coach for Team India, neither have they come up with a solution to have an eight-team IPL next year. After weeks of deliberations between various stake holders and lakhs of BCCI money spent, the advisory group was of the opinion to have two teams in. Even that idea could not go through as the meeting to vet that got cancelled due to the presence of N Srinivasan.

It is an open secret that Mr Dalmiya wants to keep Srinivasan away from the BCCI, but his ill-health has come in the way of him exercising his authority to do the needful. That has led to the Board having to deal with even more uncertainties.

The Supreme Court has not yet given them a date to hear the application on whether Srinivasan has effectively removed his conflict of interest and can be back in the system. That has put the Board's functioning in a limbo. No accounts passed, no working committee done, no annual general meeting and no new committees formed either.

BCCI is wasting crucial time because of a lack of leadership. The most famous and the most powerful cricket board in the World, the pioneers of IPL cricket, are in the lurch. Mr Dalmiya's day-to-day activities as the Board President are being looked after by his son, something the members are not happy about.

Unseating Dalmiya while he is in the hospital is hugely insensitive. The BCCI is likely to get into a huddle if his health condition remains the same for the next 72 hours. There are reports that Sharad Pawar has spoken to Arun Jaitley to figure out a way forward. But, if the BCCI's track record is anything to go by, the limbo suits them. They might well wait till the petition on Srinivasan is disposed to schedule a meeting to decide on what next.

Comments
Topics mentioned in this article
India Cricket Team Cricket
Get the latest updates on ICC T20 Worldcup 2022 and CWG 2022 check out the Schedule, Live Score and Medals Tally. Like us on Facebook or follow us on Twitter for more sports updates. You can also download the NDTV Cricket app for Android or iOS.