Kapil Dev Feels "Good To Be Back" At The Golf Course. Watch

Legendary Indian cricketer Kapil Dev shared a video where he can be seen playing golf with his friends. 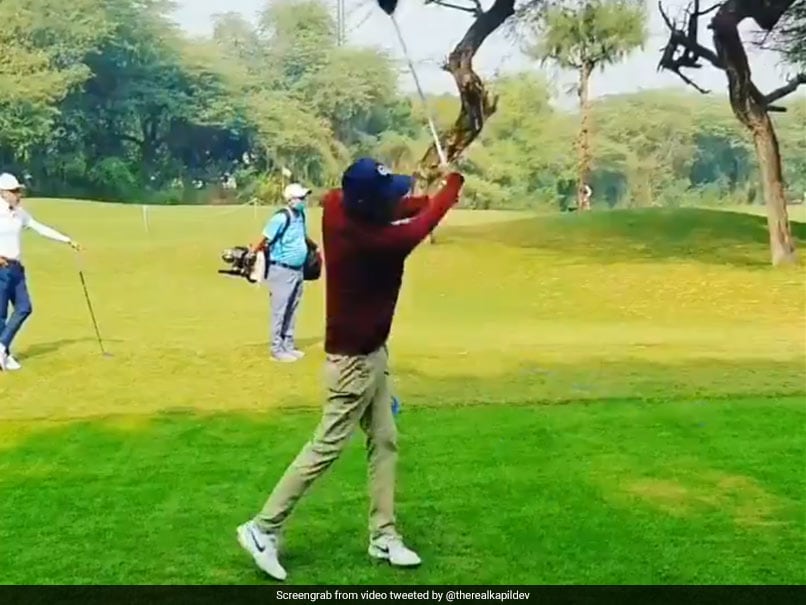 Kapil Dev got back to playing golf weeks after undergoing an angioplasty.© Twitter

Legendary Indian cricketer Kapil Dev on Thursday got back to playing golf weeks after undergoing an angioplasty. The World Cup-winning captain was admitted to the hospital on October 23 after he complained of chest pain. He then underwent an angioplasty and was discharged on October 25. The former Indian cricketer on Thursday shared a video where he can be seen playing golf with his friends. "You cannot express in words what fun it is to be back on the golf course or a cricket ground. It is beautiful to be back at the golf course, having fun and playing with friends. That's what life is all about," Kapil said in the video.

Good to be back on the Golf Course .... pic.twitter.com/M3V6D7KEoF

Kapil has played 131 Tests and 225 ODIs for the Indian cricket team. In the longest format of the game, the all-rounder amassed 5248 runs and picked 434 wickets.

Under his leadership, India lifted the 1983 World Cup after defeating West Indies in the final.

India Cricket Team Golf Cricket
Get the latest updates on ICC T20 Worldcup 2022 and CWG 2022 check out the Schedule, Live Score and Medals Tally. Like us on Facebook or follow us on Twitter for more sports updates. You can also download the NDTV Cricket app for Android or iOS.