Medium pacer John Mooney took 5 wickets for 36 in the Afghan second innings, giving him match figures of 10-81. Defending champions Afghanistan, chasing 347 runs for victory, were 136 for five overnight but were dismissed for 224. 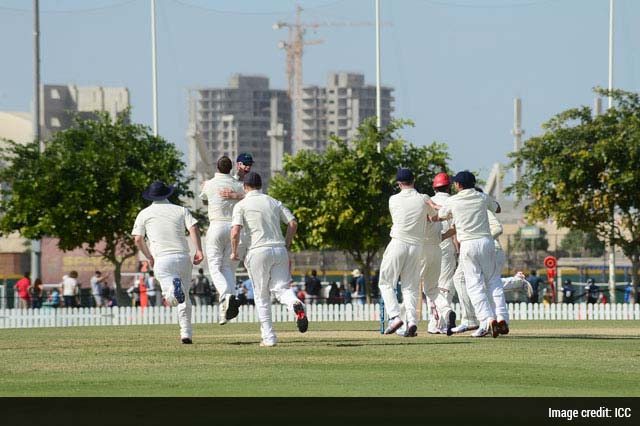 Defending champions Afghanistan, chasing 347 runs for victory, were 136 for five overnight but were dismissed for 224.

Medium pacer Mooney took 5 wickets for 36 in the Afghan second innings, giving him match figures of 10-81.

This was Ireland's fourth title in six editions of the Intercontinental Cup, but this victory marked the first time a team has won three ICC tournaments across three different formats in the same calendar year.

Ireland won the World Cricket League Championship title in the 50-over format in October and the ICC World Twenty20 Qualifier tournament in November, to go with the Intercontinental Cup title in the longer format.

"It is a fantastic feeling," said Ireland skipper William Porterfield.

"We had obviously set out to do that. We won the 50-over stuff with a couple of games to go. I think we only lost one game throughout that campaign which was great for ourselves. Coming here (in UAE) last month and beating Afghanistan in the ICC World Twenty20 Qualifier final was great.

"I think it is all because of the hard work we put in. We are a pretty hard working bunch any time we come away on tour. Over the last four or five years, we have become a lot more professional outfit both on and off the pitch. I think that has helped us massively with our cricket."

Rahmat Shah and captain Mohammad Nabi took Afghanistan to 189 for five at lunch without being separated.

However, things changed after lunch when Ireland decided to take the second new ball in the 82nd over at 199-5.

Porterfield's master stroke did the trick when Mooney ran through Afghanistan's lower order as the defending champion lost its last five wickets for 25 runs in just under 14 overs with Rahmat Shah left stranded at 86.

Comments
Topics mentioned in this article
Cricket Ashish Bagai John Mooney Afghanistan Ireland Cricket Team
Get the latest updates on IND vs NZ 2021, check out the Schedule and Live Score . Like us on Facebook or follow us on Twitter for more sports updates. You can also download the NDTV Cricket app for Android or iOS.