Preity Zinta filed a police complaint alleging that she was molested by ex-boyfriend Ness Wadia inside the Wankhede stadium on May 30 during IPL 2014. Wadia has denied the allegations, calling them baseless. 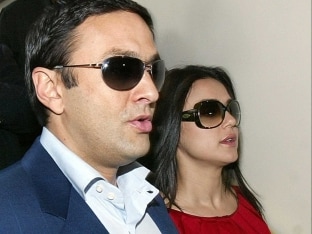 Bollywood actress Preity Zinta, who is also co-owner of Kings XI Punjab cricket team, has filed a police complaint against her former boyfriend and businessman Ness Wadia, alleging that he molested, abused and threatened her inside Wankhede stadium in south Mumbai.

The 39-year-old actress filed the police complaint last night alleging that she was molested by Wadia (44) inside Wankhede stadium on May 30, police sources at Marine Drive Police station told PTI. Ness Wadia has reacted to the accusation, branding it as baseless.

"I am shocked at the complaint and the allegations made against me are totally false and baseless."

On May 30, an IPL match between KingsXI Punjab and Chennai Super Kings was played in Wankhede stadium.

She gave a written complaint following which an FIR was registered against Wadia under IPC sections 354 (Assault or criminal force to woman with intent to outrage her modesty), 504 (Intentional insult with intent to provoke breach of the peace), 506 (Punishment for criminal intimidation) and 509 (Word, gesture or act intended to insult the modesty of a woman), police sources added.

The actress and the businessman had broken their five-year long relationship sometime back.