GS Lakshmi has already officiated in several T20 Internationals, both for men and women. 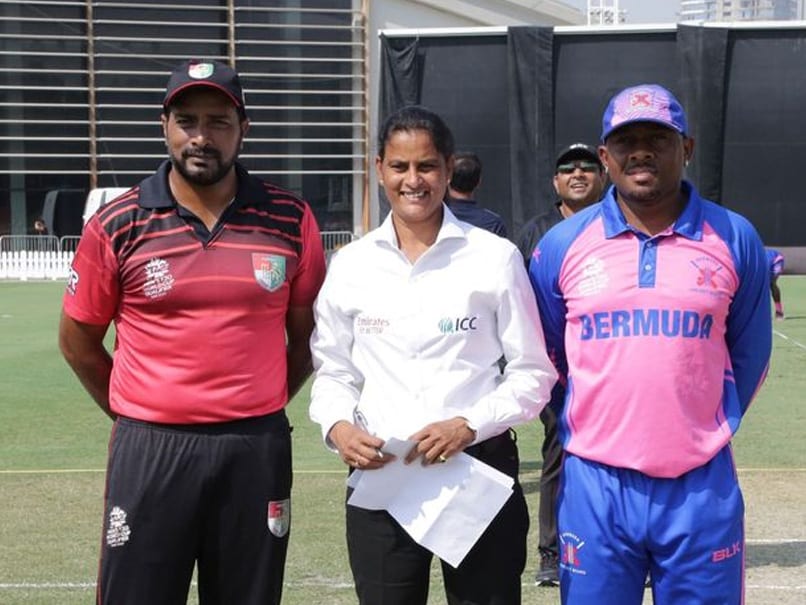 India's GS Lakshmi is all set to create history as she will become the first female match referee to officiate in a men's One-day International (ODI) match, the International Cricket Council (ICC) announced on Thursday. Lakshmi will officiate in the opening match of the third series of the ICC men's Cricket World Cup League 2 in the United Arab Emirates. The opening match of the competition will see hosts United Arab Emirates taking on the United States of America at the Sharjah Cricket Stadium on December 8. The tournament serves as one of the qualifying rounds for the ICC's lower division teams to secure a berth in the next edition of ICC's 50-over showpiece event -- World Cup 2023 -- which will be held in India.

Lakshmi had become the first female match referee to be inducted into ICC's International Panel of Match Referees in May earlier this year.

The 51-year old match referee from India first officiated as a match referee in a domestic women's cricket match way back in 2008-09.

As per ICC's media release, Lakshmi has the experience of officiating in three women's ODI matches, 16 men's T20Is and seven women's T20Is.

Earlier this year, Australia's Claire Polosak became the first female umpire to officiate a men's ODI between Oman and Namibia on April 27.

After she was inducted into ICC's elite panel of referees, GS Lakshmi had called it a "huge honour" and something which will open new avenues for other female officials like her.

"To be selected in the international panel by the ICC is a huge honour for me as it opens up new avenues. I have had a long career as a cricketer in India and also as a Match Referee. I hope to put my experience both as a player and as a match official to good use on the international circuit," Lakshmi had said in May.

"I would like to take this opportunity to thank the ICC, officials at the BCCI (Board of Control for Cricket in India), my seniors in the cricketing circuit, my family and colleagues who have supported me over the years. I hope to live up to their expectations by doing my job to the best of my ability," Lakshmi was quoted as saying in an ICC release.

USA
Get the latest updates on ICC Women's Cricket World Cup 2022 and IPL 2022, check out the Schedule , Live Score and IPL Points Table. Like us on Facebook or follow us on Twitter for more sports updates. You can also download the NDTV Cricket app for Android or iOS.