MS Dhoni would be the centre of discussion when the national selection committee meets in Mumbai on Sunday to pick up squads for the West Indies tour starting next month. 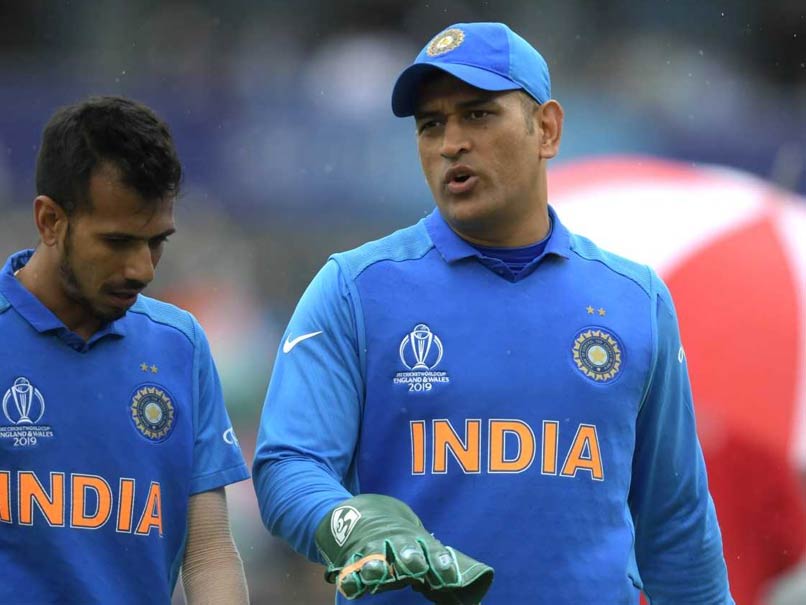 MS Dhoni was criticised for slow batting during the World Cup 2019.© AFP

MS Dhoni led India to their second World Cup title in 2011 but failed to produce an impressive batting show in the 2019 edition as India crashed out of the tournament in semi-finals after losing to New Zealand in the rain-affected match, played over two days in Manchester. Amid speculation that MS Dhoni is contemplating retirement, former national selector Sanjay Jagdale has said the Indian cricket team currently has no viable alternative to MS Dhoni. "Dhoni is a great player and has always selflessly played for India. In my opinion, the Indian team currently has no viable alternative to Dhoni as wicketkeeper-batsman," Sanjay Jagdale told PTI.

However, Jadgale, a former BCCI secretary, asserted that Dhoni was mature enough to take a call on his retirement from the limited overs cricket.

The 38-year-old former India captain, whose finishing abilities with the bat has been on the wane, would be the centre of discussion when the national selection committee meets in Mumbai on Sunday to pick up squads for the West Indies series starting next month.

There is intense speculation that Dhoni, who opted out of Test cricket in 2014, is mulling retirement even though he himself has remained tight-lipped about his future plans.

Thus, Dhoni's selection or omission for the West Indies tour would be an indicator of things to come in the future.

"Dhoni is mature enough to take a decision on his retirement. But the (national) selectors should meet him to find out what is going on in his mind about his professional future as was done in the case of Sachin Tendulkar before his retirement," added Jagdale (68), a former office-bearer of the Madhya Pradesh Cricket Association.

"The selectors should also inform Dhoni in what capacity they want to see him in the future," he said.

Dhoni was criticised for slow batting during the World Cup, where India's campaign ended in the semi-finals, but Jagdale, a former first-class player, defended the ex-captain, saying he played as per the situation.

"Dhoni played in the World Cup as per the team's requirement. In the semi-final also he was batting as per the same strategy but unfortunately he got run out at a crucial moment (in the game)," he said.

Jagdale said it would be improper to say that as a cricketer Dhoni has erred.

"It is not expected from a 38-year-old player to play with the same energy and vigour that he displayed in his prime days.

Taking a dig at those criticising Dhoni, Jagdale said, "Even those players are criticising him who have not played well in their career. However, only true players know Dhoni's worth."

However, Jagdale said keeping future in mind, young wicket-keeper Rishabh Pant should be given opportunity. "Before the World Cup, Pant should have been included in the ODI team along side Dhoni as Pant could have learned from him," said Jagdale.

Pant (21) was not in the World Cup squad, but was called as a replacement for injured opener Shikhar Dhawan.

MS Dhoni World Cup 2019 Cricket India vs New Zealand, 1st Semi Final
Get the latest updates on ICC T20 Worldcup 2022 and CWG 2022 check out the Schedule, Live Score and Medals Tally. Like us on Facebook or follow us on Twitter for more sports updates. You can also download the NDTV Cricket app for Android or iOS.