BCCI secretary Jay Shah took to Twitter to announce that the Indian women's team will play their maiden day-night Test in Australia later this year. 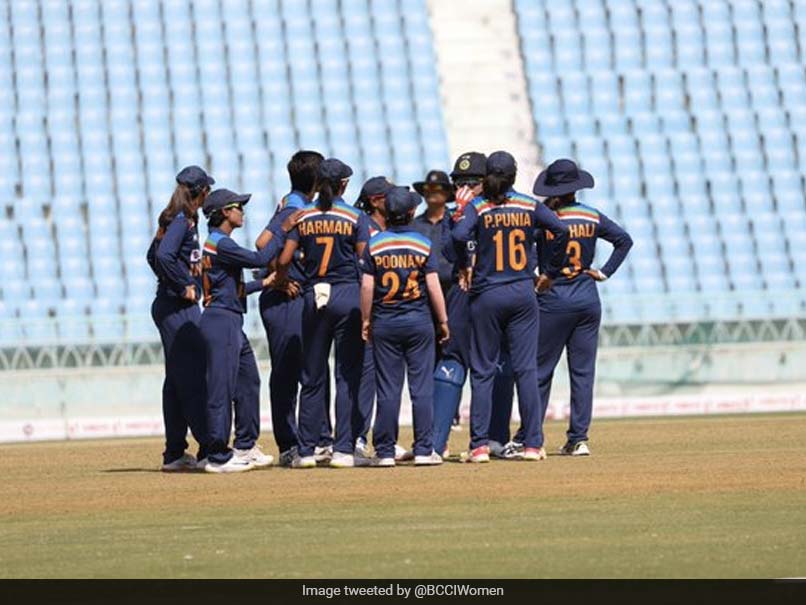 India women's team will travel to Australia for their maiden day-night Test later this year.© Twitter

The Indian women's cricket team will compete in its maiden day-night Test when it tours Australia later this year, BCCI secretary Jay Shah said on Thursday. Shah made the announcement on his twitter handle, stating that the move was part of the BCCI's commitment to promoting the women's game. "Taking forward our commitment towards women's cricket, I am extremely pleased to announce that Team India @BCCIwomen will play in their first-ever pink ball day-night Test later this year in Australia," Shah tweeted.

Taking forward our commitment towards women's cricket, I am extremely pleased to announce that Team India @BCCIwomen will play in their first-ever pink ball day-night Test later this year in Australia.

The Indian women's team, which will play its first Test in seven years from June 16 in England, will compete in another one during the tour of Australia.

The team will also play ODI and T20 International matches Down Under.

While the dates of the tour are yet to be announced, it is likely to be in mid-September. India last played a Test against Australia in 2006.

The pink ball Test between India and Australia will be only the second such match to be held in the history of women's cricket.

The only day-night women's game played so far was between Australia and England at Sydney in November 2017. The match ended in a draw.

Preparing for both the England and Australia Test will be a challenge since the women don't play with red ball even on the domestic circuit.

"It will be a challenge for sure but the good thing is that women are getting to play Tests," a former India player said.

"The pink ball game in Australia will be a tougher challenge as the girls have never played with that ball but I am sure they will get to prepare well for it. A few practice games will also be needed," she added.

England and Australia are the only two teams which regularly play Test cricket, mainly against each other in the Women's Ashes.

Going forward, India will also be seen playing the longest format against the two teams.

"It's an exciting prospect and I know (India) are heading over to England to play a Test match pretty soon so it shows they're up for the challenge and really willing to play that format."

India Women Cricket BCCI
Get the latest updates on IPL 2021, check out the IPL 2021 Schedule and Indian Premier League Live Score . Like us on Facebook or follow us on Twitter for more sports updates. You can also download the NDTV Cricket app for Android or iOS.