Former India skipper Sourav Ganguly said young India cricketers do not have any fast bowling role models to look up to, unlike their counterparts from Pakistan and said that was the reason why India haven't been able to produce enough quality pacers. 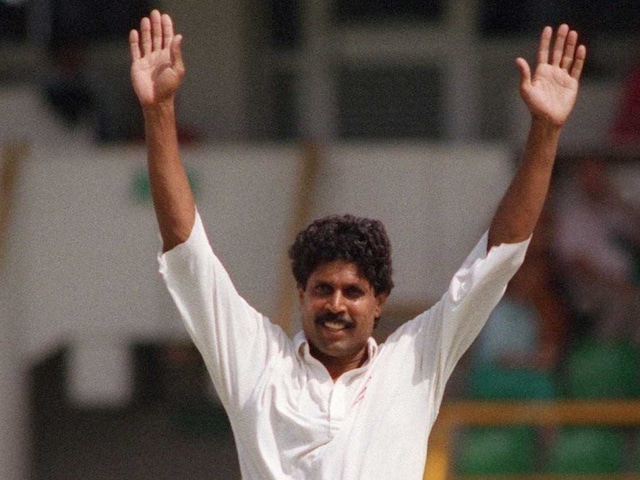 Will India ever find another Kapil Dev?© AFP

Former India skipper Sourav Ganguly said unlike Pakistan, India have failed to produce quality fast bowlers due to a lack of role models and the presence of too many batting stars. (Eden Test Win vs Australia Changed Indian Cricket: Ganguly)

"It's about the way you think in life in whatever you do. It's about what you want to become. Sometimes I think the role models in India are too many batsmen; Sunil Gavaskar, Gundappa Vishwanath, Mohinder Amarnath, Sachin, VVS. You ask a kid in India who do you want to be and they'd say I want to bat like Tendulkar," Ganguly said at the Hindustan Times Leadership Summit.

While India have dabbled with the issue of the lack of a genuine pacer or two, neighbours and arch-nemesis Pakistan have been renowned for producing some of the best fast bowlers across eras. Ganguly felt that factor was down to the difference in attitude and the approach towards the game across the border. (Ganguly Unimpressed With India's Preparation for Australia)

"They say that in Pakistan, every city you go to or every street you go to you will find someone who turns up and bowls quick. I think it's got to do a lot with the attitude. It has a lot to do with the role models. Pakistan has the likes of Imran Khan, Waqar and Wasim who would run up and bowl fast," Ganguly said. (Choosing Between Kumble and Harbhajan Toughest Part of my Captaincy: Ganguly)

While he lamented the absence of pace in India, Ganguly also felt the likes of Javagal Srinath and Zaheer Khan were quick and served the team very well.

"India have produced good bowlers at times. May not be a Wasim or a Waqar who were outstandingly gifted but someone like Srinath, who was genuinely quick. I've seen him in South Africa and Australia, where some of the batsmen would run towards square leg when he was at his best.

"Zaheer Khan too, was an outstanding seamer. We've had good bowlers in periods but have not had the supply like Pakistan has produced."

While experts and former cricketers will continue to debate this factor for a long time to come, it will be interesting to see if the likes of Varun Aaron and Umesh Yadav could go some distance in silencing some of the critics in the Test series in Australia, commencing on December 4 in Brisbane.