India and England will play a five-Test series starting in Nottingham on July 9. Australia remain the No. 1 Test team as per the latest International Cricket Council rankings. 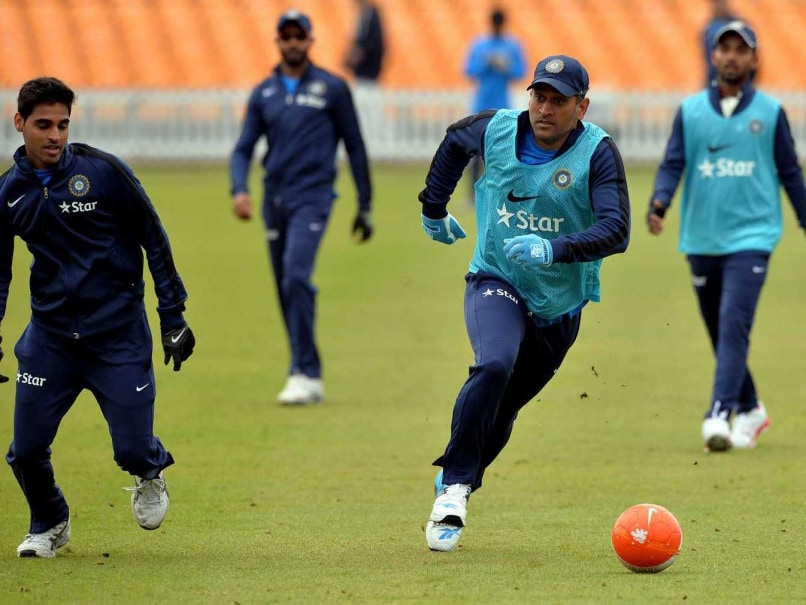 India and England start a long series with the first Test coming up in Nottingham from July 9. A 5-0 clean sweep by either fifth-ranked England or fourth-ranked India could see either team leap into third position, while a loss by that margin could see them drop as low as seventh.Â  (Kapil Dev pins hopes on Indian pacers)

For South Africa, a 2-0 series win could see the side topple Australia from the top of the perch to regain the number one position, while a clean sweep for Sri Lanka could see the side move as high as fourth in the Test rankings. (India and England pen agreement for more five-match Test series in the future)

According to the latest International Cricket Council Test rankings, Australia remain top-ranked with 123 ratings points, with South Africa a close second. However, with England and India locking horns in a Test series beginning July 9 and Sri Lanka playing against South Africa from July 16, some movement is likely in the coming weeks.Â  (India in England 2014: Virat Kohli says he has nothing to prove)

Meanwhile, New Zealand bowlers are marching up the Test rankings after the side's historic series win against the West Indies in Bridgetown on Monday. New Zealand won the third Test by 53 runs to claim their first away series triumph against a top-eight team in 12 years. (Rahul Dravid named 'batting consultant' for England Tour)

Spearheading the charge up the rankings are Trent Boult, Mark Craig, and Tim Southee, who all claimed three victims apiece in the second innings to stop the host in its tracks, after New Zealand set the West Indies a target of 308 on the last day of the match. (Injury scare for Dhawan ahead of England series)

As a result, paceman Boult, whose ability to move the ball both ways has made him a mainstay in the New Zealand side, has broken into the top 10 on the rankings table. He has climbed two spots to bag ninth position after returning match figures of two for 71 and three for 28. (India sweat it out in warm-up match vs Leicestershire)

Mark Craig has proved himself to be an able replacement for Daniel Vettori and Jeetan Patel, taking a total of four wickets for 174 runs in the match to leap seven spots to claim 71st position on the rankings table. (India unpredictable, dangerous: Duncan Fletcher warns England)

Neil Wagner's four for 64 and one for 50 has helped him achieve his career-best ranking to date, with the left-hander jumping six places to land just outside the top 20 at number 22.

West Indies will take consolation from the fact that Kemar Roach has been rewarded for his match haul of eight wickets for 116 runs with a career-best ranking of 10th. Roach has jumped five places and now shares the position and the same ratings points as Australia's Peter Siddle.

Neesham is also seen heading in the right direction in the batting rankings. Having made 78 runs in the first innings and following it up with 51 in the second, Neesham has shown the most improvement on the batting table. He has climbed 17 places to achieve his career-best ranking to date, and now sits in 43rd position.

New Zealand's centurion Kane Williamson has been rewarded for his 161 not out in the second innings with a jump of five places to claim 14th spot.

Comments
Topics mentioned in this article
India Cricket Team Cricket
Get the latest updates on ICC Women's Cricket World Cup 2022 and IPL 2022, check out the Schedule , Live Score and IPL Points Table. Like us on Facebook or follow us on Twitter for more sports updates. You can also download the NDTV Cricket app for Android or iOS.