China have struggled big-time in ICC's latest regional qualifier for the next World T20 in 2020 and this was yet another dismal performance. 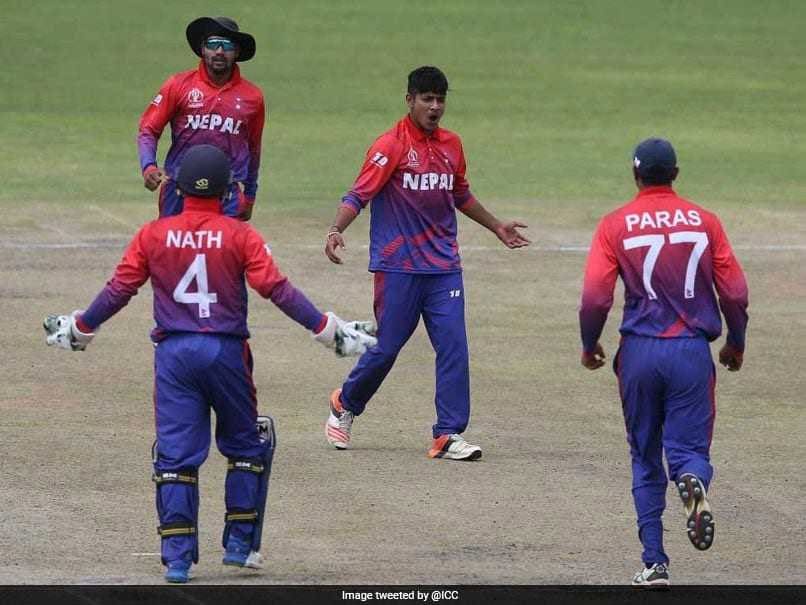 Sandeep Lamichhane, 18, returned with stunning figures of 3 for 4 in four overs.© Twitter

The ICC World Twenty20 Asia Region Qualifier B has seen some bizarre scorecards and the latest entrant to that list is the match between Nepal and China at Kuala Lumpur. Another low-scoring encounter saw the humiliation of the Chinese cricket team after they were packed off for just 26 runs in 13 overs. To make matters worse for China, Nepal took just 11 balls to chase down the target without losing any wickets. This was China's fifth consecutive defeat in ICC's latest regional qualifier for the next World T20 in 2020.

The massive win gave Nepal their fifth straight victory, putting them joint-top of the points table.

In one of the most one-sided matches, Nepal won the toss and elected to bowl. The decision paid off almost immediately as China lost their first wicket on the last ball of the second over.

Opener Hong Jian Yan scored 11 -- the only Chinese batsman to reach double figures in the match -- as China reached 21 for one in 6 overs.

But all hell broke loose after the powerplay. China lost their next five wickets without scoring even a single run and that meant from 21/1 they found themselves staring down the barrel at 21 for six in 9 overs.

Middle-order batsman Dengzhi Ma scored 5 as China moved to 26 but that would be the last run scored by the team as they lost their final three wickets without adding to the total.

Delhi Daredevils spinner Sandeep Lamichhane ended the match with figures of three wickets for four runs in his full quota of overs. The 18-year-old sits atop the wicket-taking charts in the tournaments with 20 scalps to his name in five matches at an average of 2.05.

In reply, Binod Bhandari and Pradeep Singh Airee made sure their team didn't suffer any setbacks. Bhandari smacked three fours and a six to score 24 off just 8 balls as Nepal reached the target in just 1.5 overs.

Delhi Daredevils Cricket
Get the latest updates on IPL 2021, check out the IPL 2021 Schedule and Indian Premier League Live Score . Like us on Facebook or follow us on Twitter for more sports updates. You can also download the NDTV Cricket app for Android or iOS.