Mohammad Irfan made a comeback to competitive cricket on Saturday in a national level T20 Ramzan tournament in Faisalabad, three and half months after suffering from a stress fracture in the pelvis during the World Cup. 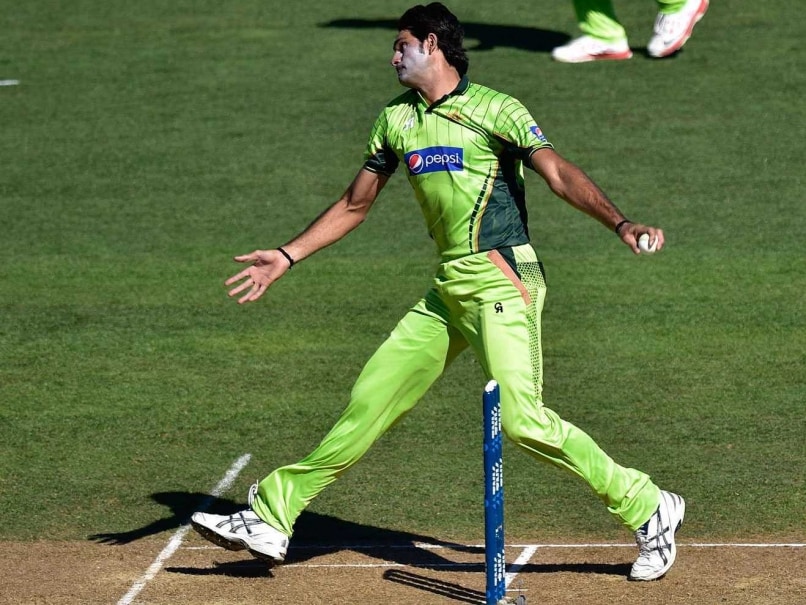 Mohammad Irfan in action during the World Cup.© AFP
Karachi:

Pakistan's seven-feet tall left-arm pacer Mohammad Irfan has recovered completely from the injury that had cut short his World Cup campaign but he still regrets missing the quarter-final against Australia in the mega-event earlier this year.(Mohammad Irfan Advised 6 Weeks Rest)

Irfan made a comeback to competitive cricket on Saturday in a national level T20 Ramzan tournament in Faisalabad, three and half months after suffering from a stress fracture in the pelvis during the World Cup.(Pakistan Ready to Cope Without Irfan's X-Factor)

"I am fine now and completely fit as the rehabilitation process has been very good, but the regret is still there. I couldn't play in the World Cup quarter-final against Australia and that was such a big match," Irfan told PTI.

Irfan injured himself during the game against South Africa and was ruled out of the World Cup.

"I was so pumped up in that tournament and was bowling with fire but I guess one can't fight such things," he stated.

In his absence Pakistan lost a low scoring quarter-final to the hosts.

Irfan has a career riddled with fitness issues and before the World Cup blow, he had also suffered a hamstring injury that kept him out of the game for nearly four months.

"I am playing here with the permission of the cricket board and selectors, they wanted to see how I respond after recovering from the injury and I am hopeful I would be considered for the one-dayers and T20 game in Sri Lanka next month," he said.

The pacer said he had gained a lot after the World Cup and was confident of getting wickets with the new ball.

Irfan struck with the first ball he bowled on Saturday.

"I enjoy cricket and bowling and it is a challenge bowling in T20 cricket, but I have learnt how to cope with the mindset of the batsmen now," he added.

Comments
Topics mentioned in this article
Pakistan Cricket Team Mohammad Irfan Cricket
Get the latest updates on IPL 2021, IPL Points Table , IPL Schedule 2021 , live score . Like us on Facebook or follow us on Twitter for more sports updates. You can also download the NDTV Cricket app for Android or iOS.