Hong Kong all-rounder Irfan Ahmed's ban will take effect from November 4, 2015 - when he was provisionally suspended - and will end on May 4, 2018. 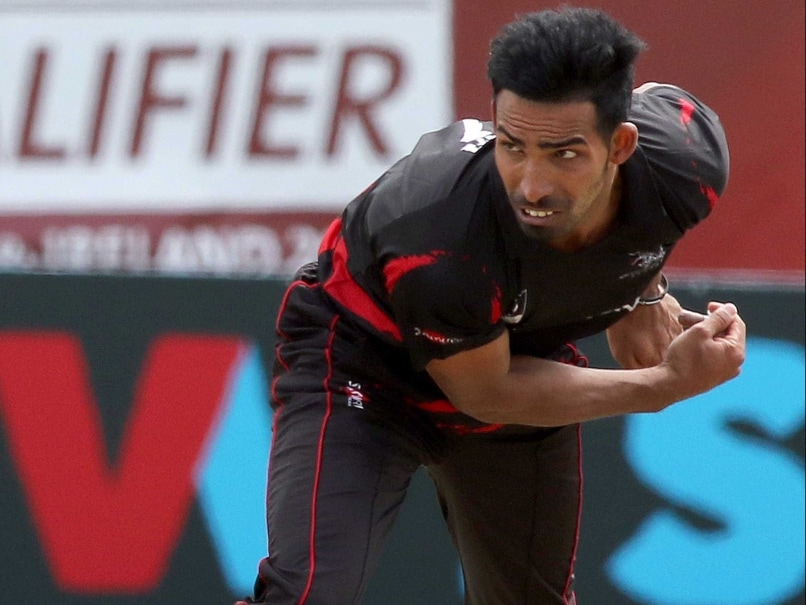 The International Cricket Council on Wednesday announced that it has suspended Hong Kong all-rounder Irfan Ahmed for two years and six months after he admitted to breaching the ICC Anti-Corruption Code.

Ahmed was charged with offences under the Code and provisionally suspended by the ICC on November 4, 2015. This followed an investigation carried out by the ICC's Anti-Corruption Unit (ACU), relating in part to the activities of another individual known to the ACU and suspected of making corrupt approaches to participants.

Whilst Ahmed was not charged with any offence involving corruption, the ACU established that he had failed to disclose it full details of approaches or invitations to engage in corrupt conduct that had been made to him between January 2012 and January 2014.

During the investigation, Ahmed admitted that he was aware of his obligations under the Code and that his failure to report such approaches was a breach of the Anti-Corruption Code.

Having carefully considered the facts of the case in question, the nature of the breaches of the Code, the relevant aggravating and mitigating factors, the importance of the objectives underlying the Code, the comparable cases relating to failures to report match-fixing approaches, the need to deter others from similar wrongdoing, the need to protect the image of cricket, and the need to maintain public confidence in the sport's approach towards fighting corruption, the ICC has determined that a period of ineligibility of two years andÂ six months be imposed on Mr Ahmed for each of his separate breaches of the Code, with each such period of ineligibility being served concurrently,' the apex body said in a statement.

Ahmed has accepted the imposition of such a penalty and therefore waived his right to appeal against the decision.

Sir Ronnie Flanagan, Chairman of the ACU, said: "This penalty should act as a reminder to all participants of the need to comply with their obligations under the Code at all times, and in particular the requirement to report corrupt approaches to the ACU without any delay.

"It is pleasing to note that the investigation upon which these charges were founded originated from information that had been disclosed to the ACU. This is a clear and welcome demonstration that participants now more and more fully realise their own responsibilities in combatting this scourge on the game through prompt and diligent reporting as required by the Code.

Flanagan further said, "However, it is also indicative of the worrying trend that those intent on corrupting the game are increasingly focusing their activities on Associate Member cricket and that the sport therefore needs to ensure that it is appropriately resourced and protected in that area.

"Finally, I would also like to thank the Hong Kong Cricket Association (and all of its officials and players) for the cooperation that has been afforded to the ACU's investigation during this period."

Ahmed's period of ineligibility will take effect from the date of his provisional suspension and will therefore expire on May 4, 2018.

Comments
Topics mentioned in this article
Hong Kong Irfan Ahmed International Cricket Council Cricket
Get the latest updates on India vs South Africa and check out  Schedule, Results and Live Score. Like us on Facebook or follow us on Twitter for more sports updates. You can also download the NDTV Cricket app for Android or iOS.