Former India captain Mohammad , who had been banned for life by the BCCI following match fixing allegations in the year 2000, has been cleared by the Andhra Pradesh High Court. 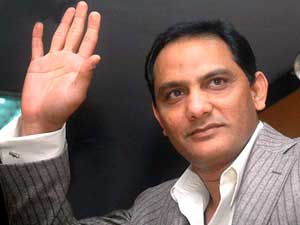 The Andhra Pradesh High Court on Thursday, struck down the life ban imposed on former India captain Mohammad Azharuddin by the Board of Control for Cricket in India (BCCI) 12 years ago. The cricketer said he was elated with the decision.

The Hyderabadi had challenged the Indian cricket board's decision in the City Civil Court, which upheld the ban. He then moved to high court against the lower court's order, his lawyers arguing that the BCCI imposed the ban without any evidence.

A division bench of the high court set aside the order of a lower court which had upheld the ban. "I am very happy with today's judgement and I won't want to blame anybody. You have to take everything in your stride and move forward. It is all in the fate," he said.

Asked if he would return to the field as a player, Azhar's reply came in the form of a counter question. "Do you think I can play? I have not played cricket in a long time. (Read: Azhar is elated with High Court's decision)

It was on Dec 5, 2000, that the BCCI banned Azhar from playing cricket for life after being found guilty of match-fixing.

The 49-year-old is currently a member of parliament from Moradabad constituency in Uttar Pradesh.

Azhar, one of India's successful captains, played 99 Tests scoring over 6,215 runs during his career. He also played 334 One-Day Internationals scoring 9,378 runs in his 15-year international career.

The Board of Control for Cricket in India though has said that it will decide on a future course of action after studying Friday's verdict. BCCI official Rajeev Shukla said the legal team of the Board will look into matters now.

Comments
Topics mentioned in this article
Cricket Mohammad Azizuddin Azharuddin Sreesanth Harbhajan Singh Tillakaratne Dilshan BCCI India Cricket Team
Get the latest Cricket news, check out the India cricket schedule, Cricket live score . Like us on Facebook or follow us on Twitter for more sports updates. You can also download the NDTV Cricket app for Android or iOS.