Heinrich Malan was named the head coach of the Ireland men's cricket team on Tuesday, filling the void left by Graham Ford who stepped down last November. 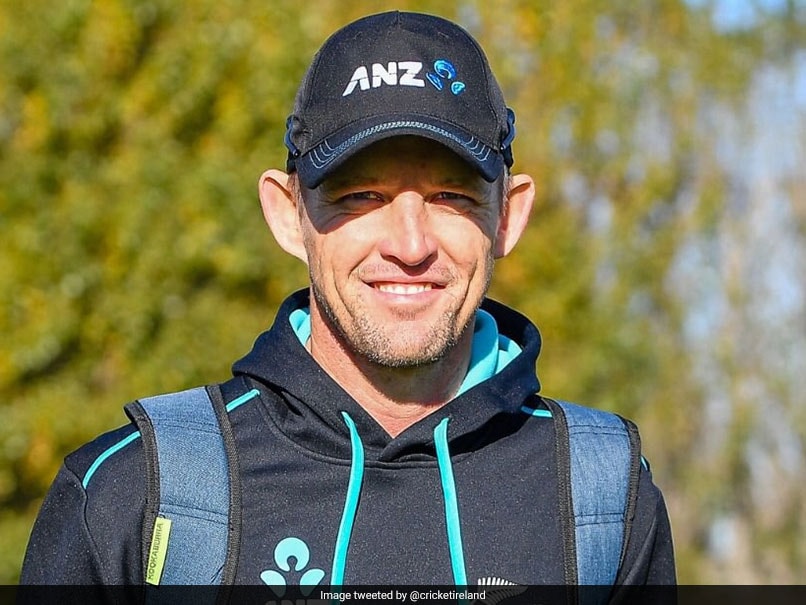 Heinrich Malan will take up the post in March on a 3-year contract subject to him receiving a work visa.© Twitter

Heinrich Malan was named the head coach of the Ireland men's cricket team on Tuesday, filling the void left by Graham Ford who stepped down last November. The 40-year-old South African has been based in New Zealand for several years with his latest role coach of the Auckland Aces. Malan -- a former middle order batsman and medium fast bowler -- will take up the post in March on a three-year contract subject to him receiving a work visa. Among his more recent roles he has held assistant coaching positions for the New Zealand team and head coach of New Zealand A.

He has also held the batting coach role for the Black Caps.

"It's very humbling and a huge honour to be appointed head coach of the Ireland men's team," Malan said in a Cricket Ireland statement posted on their website.

"We have an exciting squad that has demonstrated that they have the ability to compete with the best players around the world. It is an exciting challenge and something that we, as a family, are really looking forward to."

Richard Holdsworth, High Performance Director for Cricket Ireland, said Malan's eagerness in developing young talent was a particular plus in his case.

"Heinrich has worked in world-class environments at international and domestic levels," said Holdsworth.

"He has forged a reputation as an innovative coach with an interest and willingness to do things differently -– taking a more holistic view of the game.

"He is an advocate for sports science, and an intense interest in developing players -– particularly in preparing them for the international stage."

Ireland are preparing in Jamaica for a three ODI series and one T20 match with the West Indies.