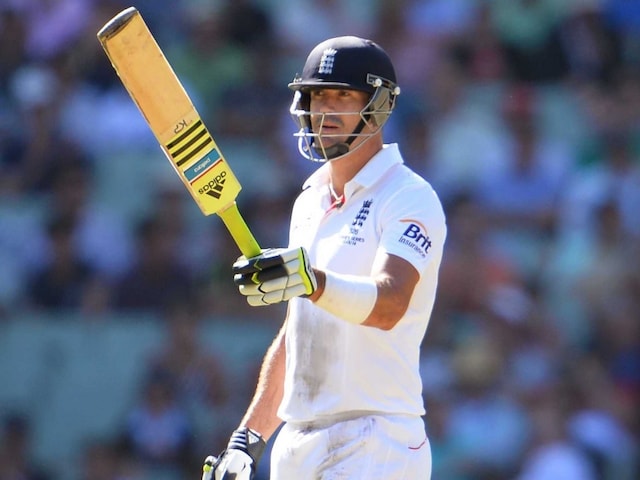 Kevin Pietersen named two Indian venues as among the 10 worst stadiums he has played in, however, mentioned Wankhede, where he hit 186 vs India in 2012, as one of his best.© AFP

Dashing England batsman Kevin Pietersen named Kanpur's Green Park and Ahmedabad's Motera among the 10 worst stadiums where he has played cricket in his international career.

Green Park and Motera does have company from other notable venues like Guyana and Manchester's Old Trafford to name a few.

The other grounds that did not find favour with Pietersen were Chelmsford, Colwyn Bay, Canberra, Multan, Leicester and St Kitts.

However, he rated Mumbai's Wankhede Stadium as one of the 10 best venues that he has played cricket in.

It was at Wankhede in 2012, that Pietersen played a gem of an innings -- 186 on a turner that not only won England the Test but also changed the course of series. That century according to many is one of the finest by an overseas batsman on Indian soil.

The nine other venues which he liked playing are Adelaide, The Oval, Trinidad, MCG, Kingsmead, Headingley, Centurion, Wellington and Barbados.

Comments
Topics mentioned in this article
England Cricket Team Kevin Pietersen Green Park, Kanpur Sardar Patel Stadium, Motera, Ahmedabad Wankhede Cricket
Get the latest Cricket news, check out the India cricket schedule, Cricket live score . Like us on Facebook or follow us on Twitter for more sports updates. You can also download the NDTV Cricket app for Android or iOS.