Garfield Sobers and Muhammad Ali had met at Lord's in 1966 when the former was a member of the West Indies side playing England and the heavyweight boxing star was in London for his second fight with Britain's Henry Cooper. 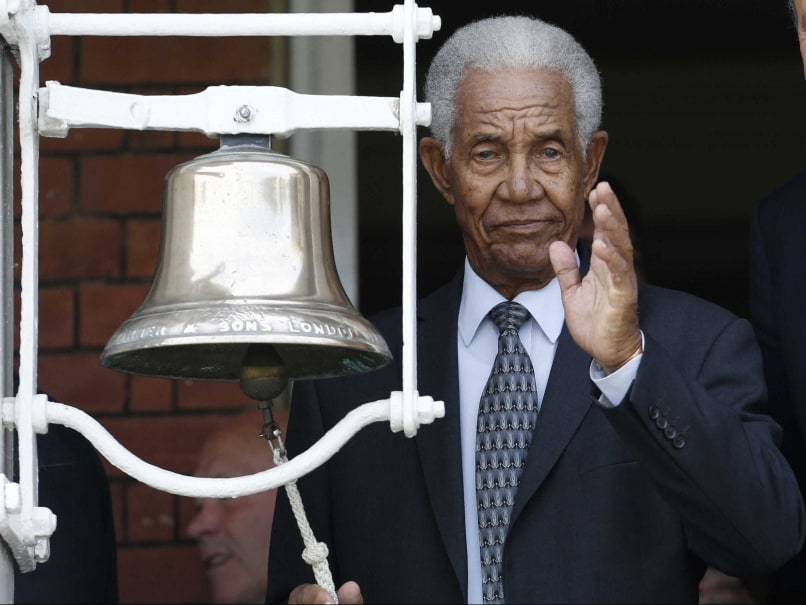 West Indian cricket legend Garfield Sobers waves as he rings the five minute bell before the start of the second session in memory of Muhammad Ali on the second day of the third Test between England and Sri Lanka at Lord's on Friday.© AFP

The two sporting icons met at Lord's back in 1966 when Sobers was a member of the West Indies side playing England in a Test match at "the home of cricket" and heavyweight star Ali was in London for his second fight with Britain's Henry Cooper.

During the lunch interval of Friday's second day play in the third Test between England and Sri Lanka, black and white photographs of Ali meeting Sobers in the Lord's dressing room were displayed on the ground's giant screens.

Sobers, 79, then rang a bell in the Lord's pavilion five minutes before the start of the second session of play as a tribute.

Thousands of people from near and far were expected to line the streets of Ali's hometown Louisville on Friday to say goodbye to him.

Ali, who died aged 74 last week after decades suffering with Parkinson's disease, and Sobers enjoyed success in London in 1966.

Ali stopped a bloodied Cooper in the sixth round to retain his world heavyweight title.

Sobers (163 not out) and his cousin David Holford (105) shared a second-innings stand of 274 that helped save the West Indies from defeat as they drew the second Test against England at Lord's.

If three-times world champion Ali -- the self-styled "Greatest" -- is viewed as boxing's best heavyweight of all time, Sobers is widely regarded as cricket's greatest all-rounder.

A left-handed batsman who could bowl in the vastly different styles of fast-medium, orthodox spin and wrist spin, as well as a brilliant fielder, Barbados-born Sobers represented the West Indies in 93 Tests from 1954 to 1974.