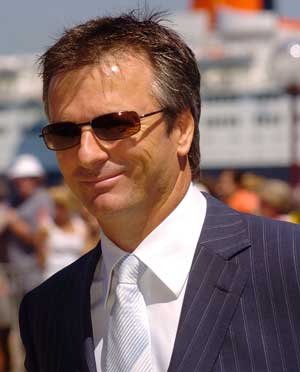 Allan Border, Mark Taylor and Steve Waugh were announced on Thursday as members of a team performance review panel commissioned by Cricket Australia and chaired by Don Argus, the former chairman of mining giant BHP Billiton.

The review was sparked by Australia's 3-1 Ashes series loss to England and its slump from No.1 to fifth in the world test rankings.

The panel will talk with current Australian team members, coaching staff and selectors, as well as the state cricket boards. It may also look into the setups of Australia's cricketing rivals, or other sports in Australia.

Comments
Topics mentioned in this article
Cricket Steve Waugh Australia Cricket Team Mark Anthony Taylor Allan Robert Border Jason Krejza Shahid Afridi
Get the latest updates on ICC T20 Worldcup 2022 and CWG 2022 check out the Schedule, Live Score and Medals Tally. Like us on Facebook or follow us on Twitter for more sports updates. You can also download the NDTV Cricket app for Android or iOS.