As the wicketkeeper stood with the cricket ball in his hands, mystified at what the batsmen were doing, they stole a match-tying run under his nose. 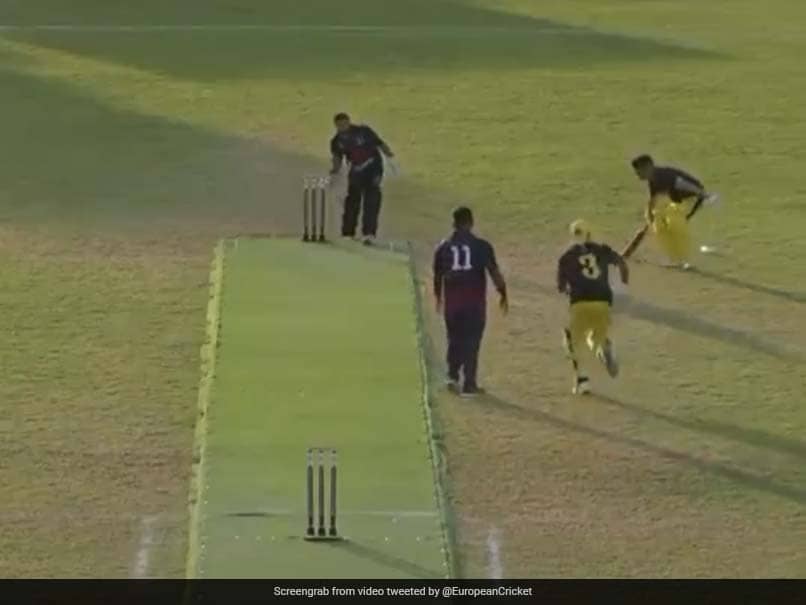 In the ongoing European Cricket Series, two batsmen playing for Pakcelona CC outsmarted the opposition fielders in a bizarre fashion to steal two runs and tie their T10 match against Catalunya Tigers. Pakcelona needed three runs to win the match off the final delivery. However, the batsman on strike - Adalat Ali - swung hard at it and missed, but took off for a run. The wicketkeeper gathered the ball and instead of throwing it, decided to run to the stumps, by when the non-striker Azeem Azam had made his ground. As the wicketkeeper stood next to the stumps, probably thinking his team had sealed the win, Azam gestured to Adalat Ali to take a second run. Azam didn't leave the crease until Ali had also reached and then made a dash for the other end.

When the batsmen's ploy struck the wicketkeeper, he rolled the ball to the bowler, standing mid-pitch, but he missed his throw at the non-striker's end and Pakcelona managed to take the game to the "Golden Ball".

SCENES! 2 to tie off last delivery, ball in wicket keeper hands and need another run. WHAT TO DO?? pic.twitter.com/xFQuaUOreu

Catalunya Tigers went on to win the match on the "Golden Ball" rule, which has been used in the European Cricket Series.

The rule states that if the game ends in a tie, the chasing team will get one delivery where they have to score two runs or more to win the game.

Pakcelona could only take a single off the "Golden Ball", handing Catalunya Tigers the win.