Eoin Morgan and England batsman Alex Hales have both made themselves unavailable for next month's tour of Bangladesh, the England and Wales Cricket Board (ECB) confirmed on Sunday 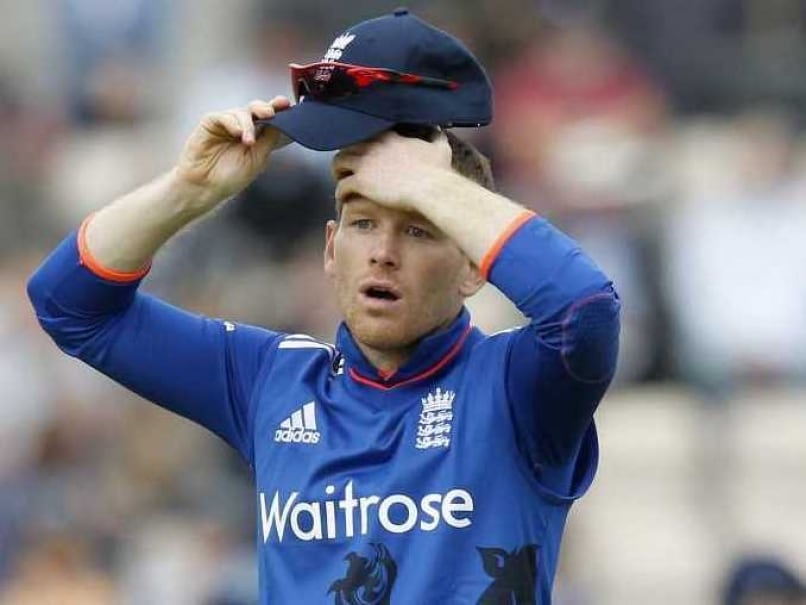 Eoin Morgan, who is the England ODI captain, pulled out of Bangladesh tour due to security concerns.© AFP

The England and Wales Cricket Board (ECB) announced on Sunday that one-day international captain Morgan and opening batsman Alex Hales had informed director Andrew Strauss they were unavailable for the trip.

The tour, which begins on September 30 and will include two Tests and three ODIs, had been called into question after an attack on a cafe in Dhaka in July which saw 20 hostages killed, including 18 foreigners.

"In this situation when you give your place up, someone else will come in. You give an opportunity and a chance to someone else."

The England great had some sympathy for Morgan and Hales but added he understood why the ECB were keen for the tour to proceed after it was given the go-ahead following a visit to Bangladesh by team security chief Reg Dickason.

"It's not a clear-cut decision because if people can't concentrate on the cricket and keep their mind on the job, there's no point having them there," said Gooch.

"You also can't just cancel tours willy-nilly. Reg Dickason, who is a good friend of mine, is the security officer and I would trust what he has to say.

"It's a dangerous world we live in, whether you're in Europe, Asia or anywhere, and you can't force anyone to go," said Gooch.

Last week saw Morgan outline his concerns, with the Irishman saying he had been influenced by a bomb exploding at a 2010 Indian Premier League match in Bangalore that he was involved and the violent background to hisÂ  brief spell in the 2013/14 Dhaka Premier Division.

Morgan, has however, since returned to India for further spells in the lucrative IPL.

Meanwhile Michael Vaughan, another former England captain, questioned how Morgan could skipper an England side again after opting out of going to Bangladesh.

"One main trait of a strong leader is they never ask a team-mate to do something they would not do themselves," Vaughan wrote in his Daily Telegraph column.

"This is why Morgan has made a huge mistake. The players will support him in the press, but there will be a little thought at the back of their minds that he went missing at a difficult time for the side.

"You tell (your team) to be strong so they can go the extra yard," he said.

"I do not see how he can look them in the eye and ask them to do that in the future."

Kevin Pietersen, England's captain when they continued with their 2008 tour of India following the Mumbai terror attacks, tweeted: "Very very courageous decision by Eoin anyway! Right or wrong, he was given a choice."

England all-rounder David Willey accepted team-mates Morgan and Hales had the right not to tour.

"It is an individual decision," he told Sky Sports. "They have their reasons and that is fine."

David Leatherdale, the chief executive of England's Professional Cricketers Association, who travelled to Bangladesh with Dickason and ECB director of operations John Carr, said the pair's choice should be "respected".

"We appreciate that this was a difficult choice for Eoin and Alex to reach and their decision should be respected," said Leatherdale in a PCA statement.

"The PCA remains committed to supporting the England players and the ECB on the tour of Bangladesh."

Comments
Topics mentioned in this article
England Cricket Team Bangladesh Cricket Team Eoin Morgan Alex Hales Graham Alan Gooch Michael Vaughan Cricket
Get the latest updates on ICC Women's Cricket World Cup 2022 and IPL 2022, check out the Schedule , Live Score and IPL Points Table. Like us on Facebook or follow us on Twitter for more sports updates. You can also download the NDTV Cricket app for Android or iOS.