Ashton Agar Targets Role As Finisher For Australia In T20Is

Ashton Agar picked four wickets and scored a 20-ball knock of 23 during Australia's T20I loss to England on Sunday. 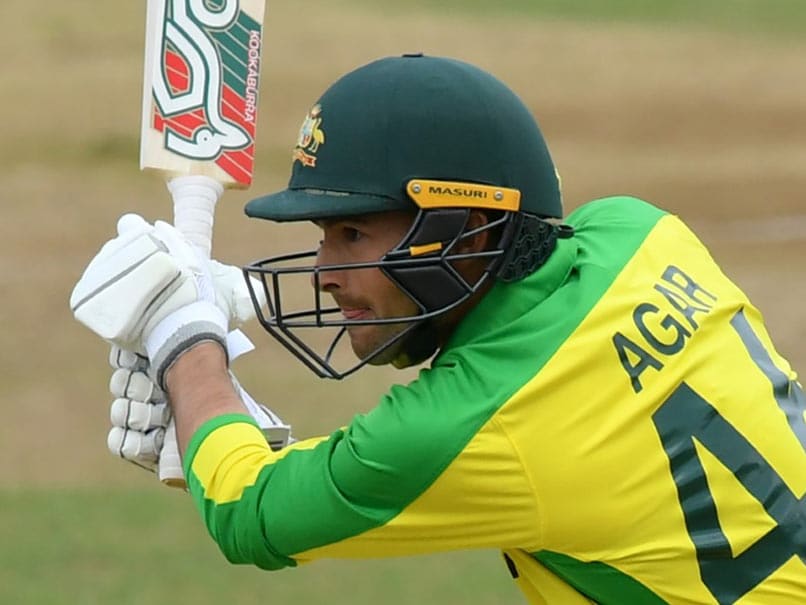 Ashton Agar plays a shot during Australia's T20I defeat to England at the Ageas Bowl.© AFP

Ashton Agar is keen to improve his batting and become one of Australia's finishers at the Twenty20 World Cup in India next year. The all-rounder has caught the eye with bat and ball in England so far even though Aaron Finch's men are two down in the three-match T20 series in Southampton. Agar has picked up four wickets at an admirable economy rate and chipped in with a 20-ball knock of 23 from number seven in Sunday's loss. Since he has established himself in the T20 side over the past year, the 26-year-old has excelled with the ball but he would like to win more games for his country with the bat.

"Yes it is definitely a role I have identified that if I can fit into that well, I can really help the team," said Agar, who struck 98 at number 11 on his Australia Test debut at Trent Bridge in the 2013 Ashes.

"It is a tough role and one I really need to improve on because it is really important at the back end of the innings to get an extra 10 to 15 runs out of that position from a minimal amount of balls."

Jos Buttler scored 77 not out off 54 balls in the second T20 at the Ageas Bowl on Sunday to guide England to a six-wicket win.

Australia will not face Buttler in the final match of the series, after he requested time off to be with his family but he is expected to return on Friday for the first of three one-day internationals at Old Trafford.

"For whatever reason he's out of the bubble," said Agar.

"I hope everything's OK, but he's probably their best batter in white-ball cricket at the moment so it's certainly an advantage for us.

"He can hit all around the ground -- spin bowling, he can sweep, reverse sweep, hit over the covers -- so he is difficult to bowl to."

If Australia were to lose again on Tuesday, England would be the number-one ranked team in T20s.

Off-spinner Agar admitted the team "take a lot of pride" in topping the rankings, but are keen to win every match they play.

"It is a shame and it really hurts to lose the series but we look around the changing room and know we are a really good team and a good T20 team," he said.

"If we win a couple more of those small moments it shows we are super competitive against the best teams in the world."